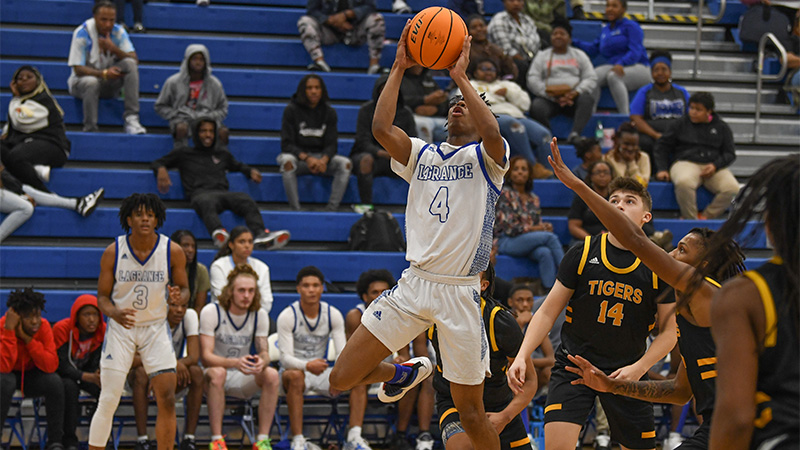 The LaGrange boys basketball team kept up its torrid start to the season with a 55-41 victory over Harris County on Friday to start the season 5-0.

The ball was moving early and often with the Grangers leading 21-7 after the first quarter. Seven different players scored a basket in the opening eight minutes as Mark Veal’s team was quick to share the rock and spread the scoring around.

The game was never in doubt after the opening quarter as the Grangers kept the Tigers offense on their heels all night.

Offensively, it was Devin Dowell who starred for the Grangers, scoring a game high 15 points to go along with three steals as he proved a pest on defense for the visiting Tigers. Jalen Young was second on the team with eight points. He also chipped in six rebounds and two steals.

Garrett Jacobsen only scored seven points but did all the dirty work for LaGrange. He hauled in six rebounds and blocked three shots as the Tigers could not get past him for many easy buckets near the rim.

The Grangers will be right back at it on Saturday when they host Ola.