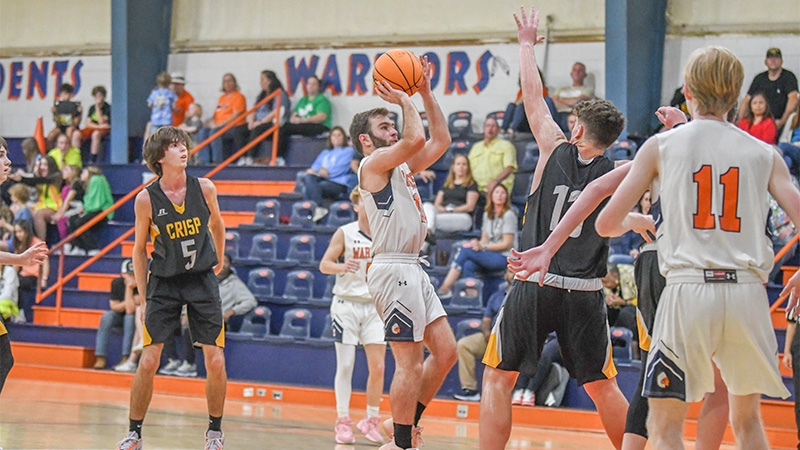 After two straight games on the road and two straight losses, the LaGrange Academy boys basketball team got back to their home floor and earned a hard fought 55-41 win.

The hero was Sam Anderson, who scored a season high 24 points to power the Warriors to victory.

It did not always look like the Warriors were going to come out on top. After a first quarter that was back-and-forth, the Warriors trailed 10-9. The Warriors dominated the second quarter behind three 3-pointers from Anderson.

LaGrange Academy was able to build a 10 point lead at the break. From there, the game was controlled by the home team.

Anderson was the star, but he was helped by a contingent of others with Jackson Malone scoring nine points and Owen Sells scoring eight.

The Warriors are 2-0 at home this season and 0-3 on the road. They are a young team still working through the season and rotations.

The Warriors will be back on the court next Tuesday against Lafayette Christian.