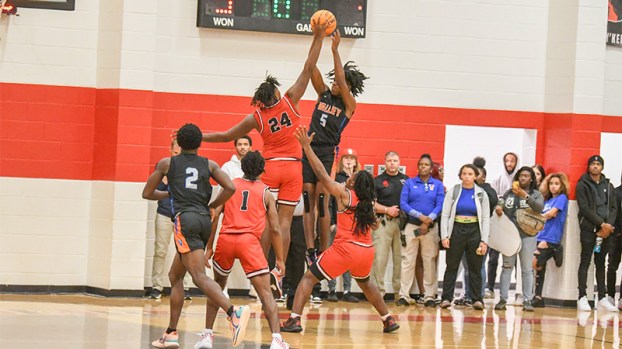 It took a DeShun Coleman 3-pointer that rimmed out at the buzzer to keep Valley’s undefeated season alive as the Rams escaped Hogansville with a narrow 61-58 lead.

It was a heroic effort from Coleman who put Callaway on his back and finished with a game high 25 points.

The gym was packed from wall to wall with both sets of fans causing the walls to vibrate every time their team made a layup or came away with a steal.

It was all Rams in the opening half as they took a 32-20 lead into the break. The Cavaliers did not fold and came out in the second half swinging. Callaway was able to chip into the lead and only trailed by eight at the end of the third quarter.

The never-give-up attitude of the Cavaliers persisted into the fourth quarter where they cut the lead down to just two points on multiple occasions but could not quite tie the game or take the lead.

The Cavaliers went toe-to-toe with one of the top teams in Alabama and can leave the court happy with the performance even if they did not like the end result.

NaTorrius Truitt helped carry the load for the Cavalier offense with 16 points while Exavious Reed finished with nine points.

The Rams improved to 7-0 overall. Valley will host Tallasee on Monday.

Callaway lost for the first time this season and fell to 2-1 overall but remained 2-0 in region play. The Cavaliers will be back on the court away to McNair on Tuesday.