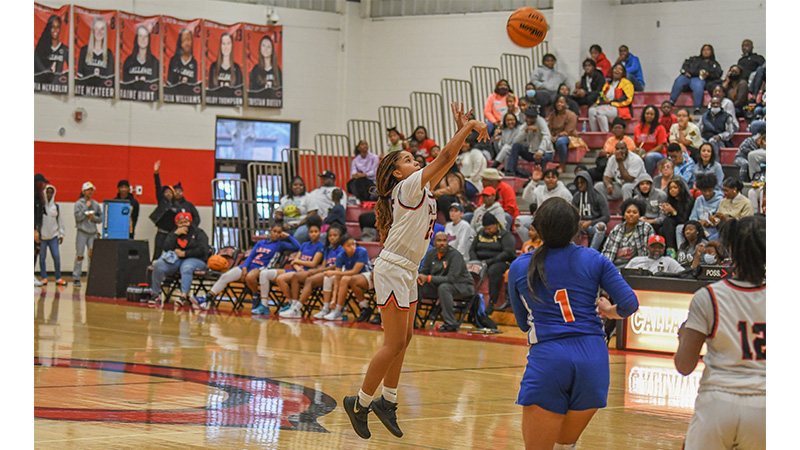 The Cavaliers controlled the game from the opening tip and by the end of the first quarter they were leading 19-2.

It did not get better for the Rams from there — the Cavaliers took a 27-8 lead into halftime.

Callaway got a chance to deploy its reserves in the second half and get them some valuable game time.

Aniyah McFarland showed no mercy in the first quarter, scoring 12 of her game high 14 points in the opening period.  She rattled in three 3-pointers in the opening eight minutes as the Rams had no answer for her.

Lacey Thomas continues to control the post for the Cavaliers and finished with 12 points in the game. Jailyn Baker got going in the second half and scored all 11 of her points over the final 16 minutes of action.

For the Rams, Darcee Wright was the lone bright spot, finishing the game with eight points while no other Ram scored more than three.

Callaway kept up its hot start to the season and improved to 3-0. The Cavaliers will be away to region foe McNair next Tuesday.

Valley is now 1-4 and has lost four straight games. The Rams will be back on their home floor against Tallassee on Monday.