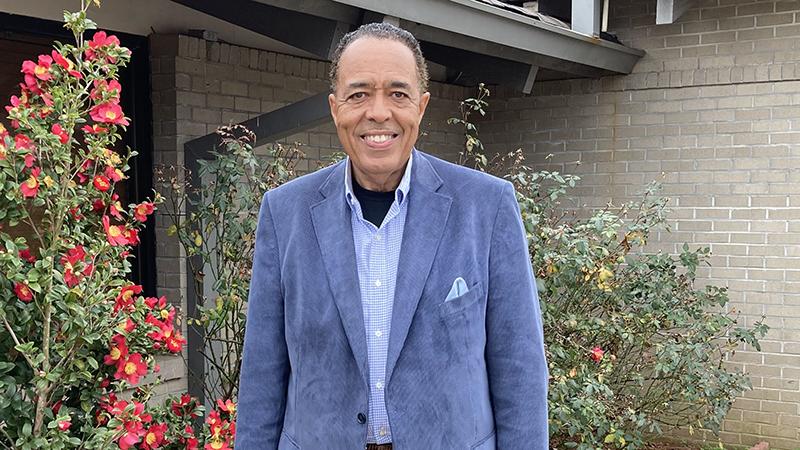 Mayor Pro-Tem Willie Edmondson has big shoes to fill in LaGrange, but he’s ready for the task.

The councilman and temporary mayor is hoping to continue on as mayor and said he plans to officially run for the office in January.

“I’ve been thinking about it, and I have come to a conclusion I am going to run,” Edmondson said. “I’m going to wait [to qualify] because we have a council meeting on the 24th. I will qualify the next day on the 25th,” Edmondson said.

Edmondson will oversee the city council meeting on Jan. 24 and will have to resign when he officially qualifies to run for mayor the next day.

Edmondson stepped into the role of mayor of LaGrange after the departure of Jim Thornton, who resigned to take a position with the Georgia Municipal Association. He has filled the role many times over the years as mayor pro-tem, but this time it’s different.

“It’s more of a challenging feeling. I’m at a point where I want to complete some of the things that the mayor started. Jim was a great man, and I want to make sure that I continue to hold up his legacy, along with establishing mine,” he said.

As the longest-serving councilman, Edmondson has been through good times and difficult times leading the city.

“I know the ropes. I certainly have sat at the table with some bad budgets over the years,” Edmondson said. “We’ve been able to figure those out and continue to keep the City of LaGrange going without the citizens paying [city property] taxes.”

Edmondson was serving on the city council when LaGrange dropped its property tax and began utility sales to fund city operations.

Edmondson said he worked with many smart council members over the years who were able to come together to keep LaGrange moving.

“We took some hard hits over the years,” Edmondson said, noting that at one point downtown LaGrange was dying.

“We really took a hard hit with the Mansours building when we purchased that, but now you can see what we were seeing,” he said. “We didn’t want it to be a black eye on LaGrange downtown right across from the square. By us buying that building and putting the hotel there, it’s something that we can be proud of.”

Edmondson said he worked with two mayors, Thornton and Jeff Lukken, trying to figure out how to revitalize the downtown area and make it a thriving area of town as it once was. He said they started with the theater downtown, which led to the need for more parking, so the parking deck was built with the help of the Callaway Foundation. After that was built, kids began using it to skate, which eventually lead to the creation of Southbend Park.

The theater brought a lot of people downtown and with those people came restaurants and other businesses, Edmondson said.

Thornton frequently said his primary job was being an advocate for LaGrange. Edmondson said he plans to continue in his footsteps in that regard.

“He also has some big shoes to fill. It was devastating to me to lose [LeGree] McCamey because he was a strong council person. He was quiet and unassuming. He got so much done. So much done that people don’t even know about. He was one of those people that didn’t go all out and tell you what he did,” Edmondson said. “When he spoke, we all listened.”

“I was born in the country. I was born to parents that were very poor. My father was a school bus driver, and he was a country preacher. I had to play the piano and organ for him in the church. My mother was a lunchroom worker, and she also worked in the mill,” Edmondson said.

Edmonson said that he was not the most popular kid in school at Ethel Kight and Troup High growing up poor. He only had a few shirts and pants growing up, but his parents worked hard to keep him clothed and fed.

Edmondson got his first job as a diversified cooperative training (DCT) student as an orderly at the then City County Hospital working for $1.15 an hour.

“I saw white nurses that were men, and I said ‘goodness,’ but I didn’t see any Black nurses, so I said ‘I’m going to go to nursing school.’ So, I finished high school, got enrolled in West Georgia Tech and went to nursing school.”

Edmondson said he was a nurse for about 20 years, but it still didn’t pay that well, so he went back to school and became a mortician.

“The hospital allowed me to work 16 hours on Friday, 16 hours on Saturday and eight hours on Sunday. That was 40 hours a week that I did on the weekend. Then, I went back to school on Monday,” said Edmondson, adding that he had to commute to Atlanta five days a week.

After graduating, Edmondson worked for Lakes-Dunson-Robertson Funeral Home until 2002 when he purchased the mortuary.

“While I was in mortuary school, I didn’t want to preach, but I was called to preach. I got to church down in West Point and definitely felt so inadequate,” Edmondson said. “Even though I had come up in the church, I needed some training.”

Edmondson began at Interdenominational Theological Center (ITC) in Atlanta where he got some seminary training before transferring to another school called Fountain. After finishing up at Fountain, he enrolled in Jehovah Jireh Ministries in Alabama where he earned his Ph.D. in World Missions and Apologetics.

Edmondson said he would love to see LaGrange be a safe place to live where everyone thrives.

Edmondson said that some will say that he is looking through rose-colored glasses, but he believes LaGrange can become just that.