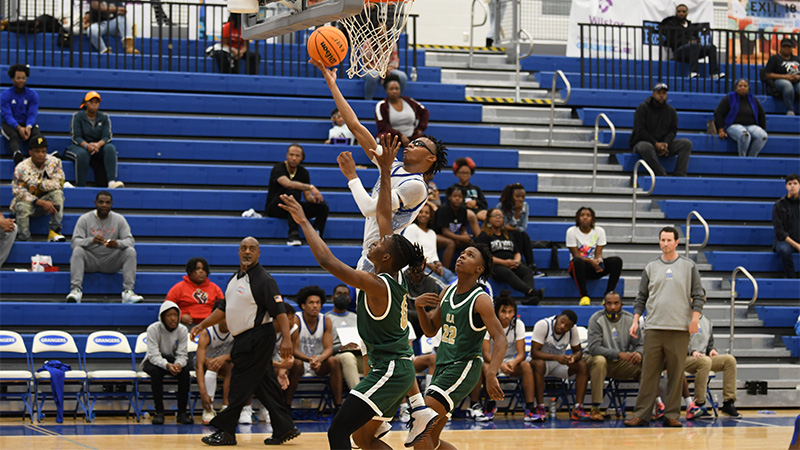 The LaGrange boys basketball team kept its undefeated season alive with a 63–49 victory over Ola on Saturday.

It was not a comfortable victory for the Grangers, but they were able to control the second half to keep their early season momentum rolling. The game was tied after the opening quarter, but the Grangers were able to capture a seven point lead heading into the halftime break.

The Grangers controlled the game down the stretch to improve to 6-0 on the season.

LaGrange was quick to share the rock and spread the points around.

Garrett Jacobsen finished as the Grangers’ second highest scorer with 13 points. Jaylen Young was held scoreless in the first half but finished the second half with 12 points.

LaGrange won on back-to-back nights with little rest inbetween. The Grangers will be back on the court Tuesday when they host Heard County.