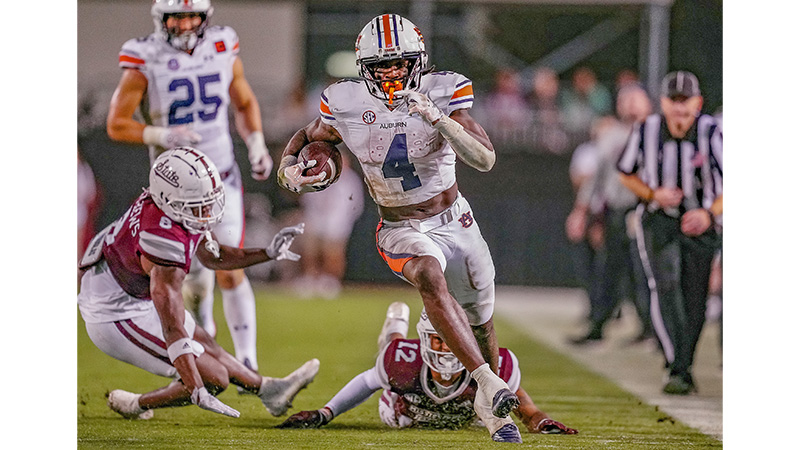 Former Callaway Cavalier Tank Bigsby is ready to take the next step and made his decision to declare for the NFL draft on Monday evening.

Bigsby finishes his collegiate career with 2,903 yards and 25 touchdowns, good for seventh and eighth all-time at Auburn University. Bigsby finished just 30 yards shy of posting back-to-back 1,000-yard seasons at Auburn. His 970 rushing yards meant that he finished sixth in the SEC in regular season rushing yards for the 2022 season.

“My dreams came true when Coach (Gus) Malzahn and his staff offered me the opportunity to become an Auburn student-athlete. I’ll forever be appreciative for coach ‘Lac’ Williams’ leadership and him believing in me and my capabilities. I valued the opportunity to run out of the tunnel and play in game environments at Jordan-Hare Stadium that was absolutely electrifying that words can’t describe. Shoutout to the Auburn nation and fans for your continuous support throughout my three years at Auburn.” a statement on his Instagram said.

The statement ended by saying, “After much prayer and discussion with my family, I’ve decided to forgo my senior season and declare for the 2023 NFL Draft.”