Lafayette Christian puts on a show in win over Warriors 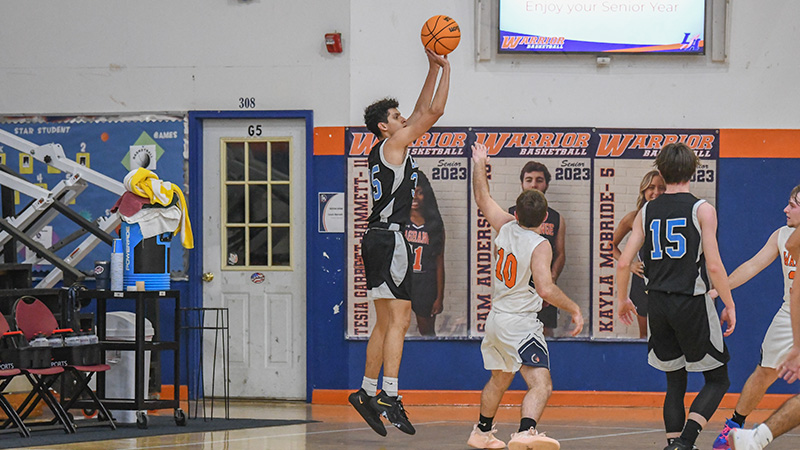 The Lafayette Christian boys basketball team kept up its hot start to the season with an 87-34 victory over LaGrange Academy on Tuesday.

The young Warriors team is still finding their feet early in the season as the Cougars are settling in as one of the best teams in their league.

Bruno Tellez continued his scorching start to the season and scored 19 points — all in the first half — to give the Cougars a 49-18 lead at the break. Adam Saylor also scored 19 points as he bullied his way to some easy baskets in the post with his superior size and length. Keaton Murphy had 18 for the Cougars as scoring came in bunches.

For the Warriors, it was Jackson Malone who led the team with 10 points. He has been the steady hand of the Warriors alongside Sam Anderson who finished second on the team with seven points — coming down from a season high 24 last time out.

The Cougars are on a tear to start the season and are 6-1 on the season. After losing to Heirway last week of their lone loss of the season, the Cougars have bounced back with two straight double-digit wins. The Cougars will have a long Christmas layoff before returning to the court on Jan. 9 when they host Konos Academy.

LaGrange Academy falls to 2-4 and suffers a tough loss after getting a big win last Friday. The Warriors will be back on the court Thursday away to the Atlanta Jewish Academy before returning home for a game against Fulton Science Academy.