LaGrange Academy declaws the Cougars behind 43 points from Jazmin Thornton 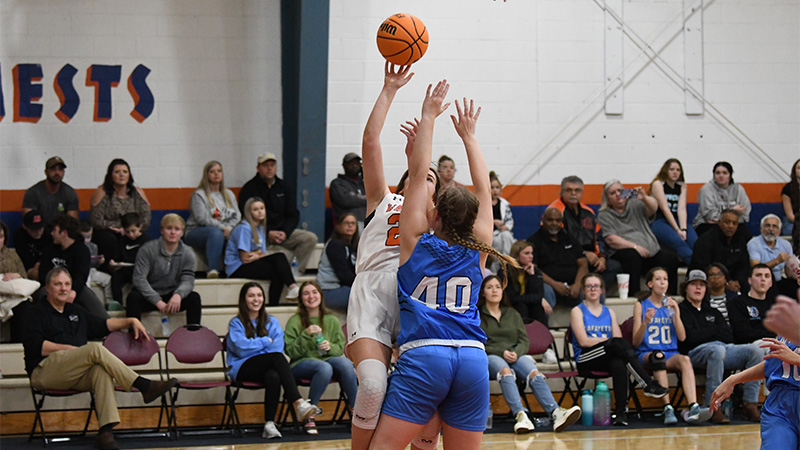 For the second time this season, the LaGrange Academy girls basketball team trounced Lafayette Christian. It was not even close as Jazmin Thornton continued to dominate for the Warriors, and she dropped 43 points to lift the team to an 87-11 win. Eighteen of those points came in the first quarter as she set the standard and the tempo early.

The teams were in different classes as the Warriors offense and defense dominated the entire game. Kayla McBride scored 16 points and kept the offense rolling as the no. 2 option. Anna Beth Kinnersley added 12 points while Laura Knight had 10 as offense came easy for the Warriors on the night.

There was precious little that went right for the Cougars, but Carmen Bridges continues to lead the offense. She scored nine of the Cougars 11 points as she uses her experience to lead a young team with a first year hard coach.

LaGrange Academy has started the season with a bang and have cruised to 6-0. The Warriors closest game so far this season was a 35-point victory over Crisp Academy last time out. LaGrange Academy travels to Atlanta Jewish Academy on Thursday before hosting Fulton Science Academy on Friday.

Lafayette Christian falls to 1-4 on the season. The Cougars will be back on the court on Jan. 6 against Ballard Christian as they take the next couple of weeks off for Christmas break.