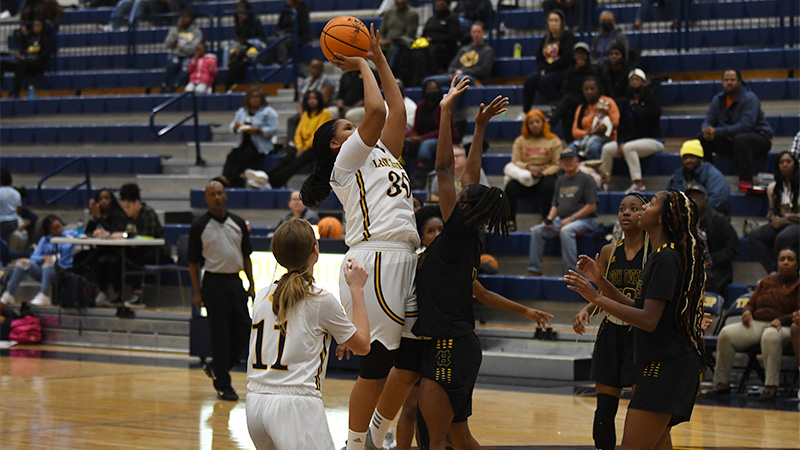 The Troup girls basketball team could not find any first half momentum in a 61-49 loss to Harris County.

The Tigers fell behind 15-6 after the first quarter and 31-12 going into the halftime break.

Troup could not slow down Brooke Boss all night as she scored a game high 29 points to lead Harris County to victory.

The tigers were led by Alexcia Murphy as per usual. She scored 21 points over the last 24 minutes after going scoreless in the first quarter. Murphy had to carry the offensive load with second leading scorer Raygen Godfrey scoring all nine of her points in the third quarter.

The Tigers tried to make a second half rally — outscoring Harris County 36-29 over the final 24 minutes — but it was too little too late to pull the game out.

Troup falls to 4-2 on the season. The Tigers will return to the court next on Dec. 28 against Alexander.