Troup topples Harris County in battle of the Tigers 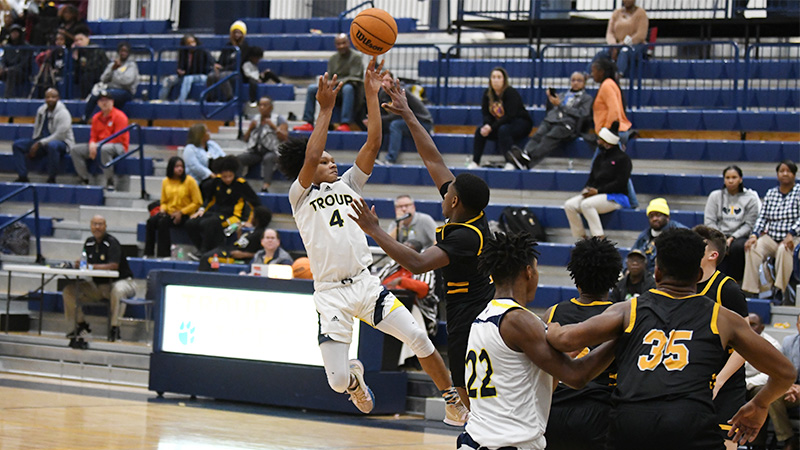 It is only December, but the Troup boys basketball team is edging closer to matching its season total of four wins from a season ago. The Tigers beat Harris County 57-41 on Tuesday to bounce back from a loss to Valley (AL) last time out.

“This is our third win on the season and the team had four wins last season, so I think we are heading in the right direction,” Troup coach Jairo Gay said.

The Tigers saw an influx of fresh players on the team Tuesday as they can now deploy a full arsenal going forward.

“I feel like we are in a good place,” Gay said. “I knew this game would be sluggish with our football players coming in, but even though I felt like offensively we could have been better, I’m proud that we limited them to 41 points.”

Taeo Todd, Qua Moss and Qua Birdsong all came over from the gridiron and had an impact in their first games of the season. Todd scored eight, Moss scored four and while Birdsong only had two points, he offers the team a big body down low and kept the Harris County offense out of the paint all night.

“They add some athleticism and a lot more strength,” Gay said. “They also offer us a lot more length. This was the first game this season that we played where we were bigger than the other team.”

Troup controlled the entire game and never trailed outside of the first quarter. The Tigers had it rolling all night with Deo’Vion Tucker leading the way with 15 points. Desmon Cunningham chipped in with 10 points. The Tigers did not need somebody to go out there and score 30+ points as they shared the load offensively. Eight different Tigers got in on the scoring on Tuesday.

Troup improves to 3-3 on the season. The Tigers will be back on the court on Saturday when they travel across town to Callaway High.

“The next step is to continue to build some momentum and team chemistry,” Gay said. “That is going to be very big and something we are going to continue to harp on in our next few practice days.”