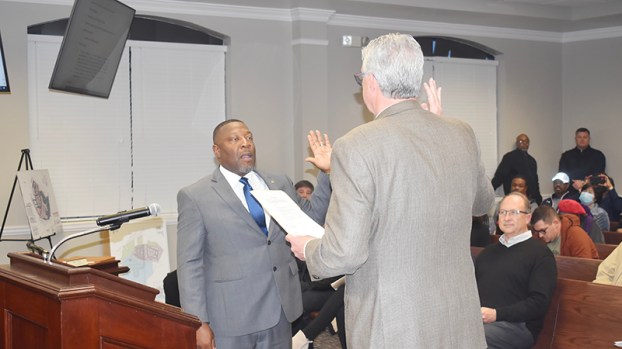 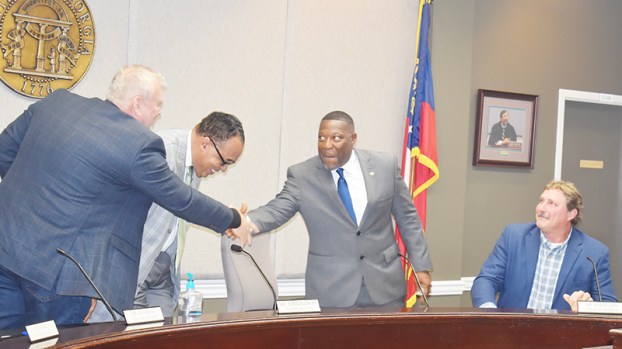 After being sworn in District 2 Councilman Leon Childs took his seat on the LaGrange City Council. The seat was vacant for nearly a year after the unexpected death of Councilman LeGree McCamey. -- Tommy Murphy | Daily News

On Tuesday evening, the LaGrange City Council voted to call for a special election on March 21 to replace former Mayor Jim Thornton.

Thornton resigned in late November to take a position with Georgia Municipal Association (GMA). As mayor pro-tem, Councilman Willie Edmondson has taken over some mayoral duties, including leading the council meeting and earlier work session.

The fee for qualifying to run will be set at $600, which is 3 percent of the salary for the position.

City Manager Meg Kelsey said in the previous work session that the act of qualifying to run in the election will automatically force the resignation of any current council members.

“We are hopeful that those folks will do it on the 25th because we have a meeting on the 24th,” she said.

They also don’t have to submit a letter of resignation, but the city would prefer them to do so, Kelsey said.

Mayor Pro-Tem Edmondson previously announced his intention to run for the office, saying he intends to qualify on Jan. 25.

The meeting was also the first official meeting for Councilman Leon Childs, who was sworn in at the start of the meeting. Childs recently won the council seat in a special election to replace the late District 2 Councilman LeGree McCamey.

In other business the council: