Hot Toddies to perform on Dec. 17 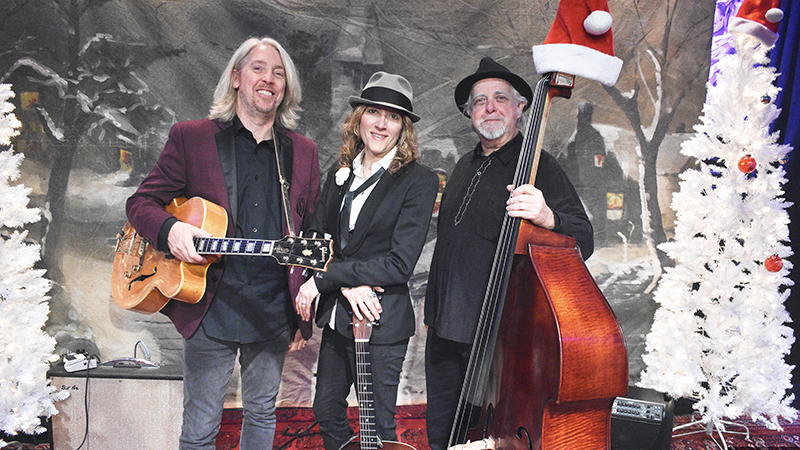 On Dec. 17, songstress Michelle Malone and The Hot Toddies will perform at Pure Life Studios. The band, known for reinterpreting Christmas classics, will take the stage at 7:30 p.m. as a part of Pure Life’s second annual Christmas party.

Michelle Malone, the frontwoman of the band, said the group has been together five years and is mostly influenced by War-era Christmas music and late 50s and 60s rock ‘n’ roll.

“It’s a throwback to classic Christmas songs,” Malone said. “We play everything from Bing Crosby to Chuck Berry. Instrumentation wise we use acoustic guitar, upright bass and drums —sort of like rockabilly drums, or jazz. It’s a lot of fun.”

Malone said the band will be doing two sets at Pure Life as a part of the organization’s second annual Christmas party.

“I think Santa is going to show up,” Malone said. “It’s going to be really festive and fun and get some folks singing along with us — it will be a wonderful evening of Christmas joy.”

This isn’t the first time the Hot Toddies have performed in LaGrange. Malone said the band really loves visiting the city and performing during the holidays.

“It’s my favorite time of the year,” Malone said. “I love Christmas music, it reminds me of my childhood, being with my family and watching classic Christmas movies with them. So, I like to take people back in time to relive those memories again.”

Malone said for those interested the band will have their third album on sale at the event as a CD, vinyl, or streaming card.

She also said people can book the band for a show at their house, private event, or corporate event at hottoddies.com.