Longtime deputy rides off into retirement 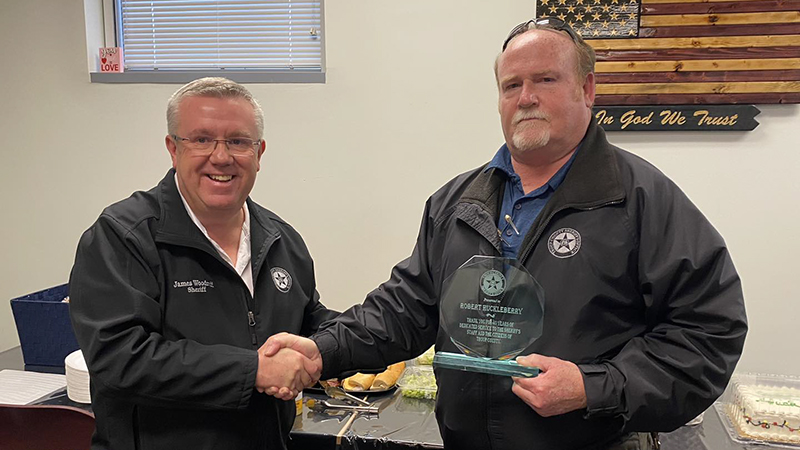 Huckleberry, or Huck as he is affectionately called by fellow deputies, began with TCSO in 1982 and officially retired this week.

Huckleberry said he started on patrol in the 1980s, working the streets and occasionally helping out with a drug bust.

Over the years, Huckleberry said he worked with a lot of good people, including his former partner Joy Burnham. One of the pivotal moments of his career was when she was shot.

When she was shot, he was first on the scene. That’s probably the worst moment of his 40-year career he said. Burnham eventually recovered and currently works as the office manager at the sheriff’s office.

“I’ve seen a lot of bad stuff, but you know, when it’s your partner, I think it’s like right up at the top,” Huckleberry said.

“My dad, he was in Korea. We lived in Indiana, and he wanted to be a trooper. At the time, you had to be a certain height and a certain weight, but he was about an inch too short,” Huckleberry said. “Then, they changed the [height requirement], but it didn’t make a difference. They had an age limit, and he was one or two years too old.”

“I’ve always wanted to be in law enforcement because I wanted to help people out,” Huckleberry said. “At 40 years, I guess if I’ve helped one person out it was worth it.”

Huckleberry said that on his first day of retirement it’s cold and rainy, so he’s just watching television, but he bought an RV and plans to travel

“I ride motorcycles all the time. I plan on taking trips on my motorcycle, just ride the country and relax,” he said.

“Huck has served the people of Troup County longer than some of his coworkers have been alive, and we are certainly grateful for his dedication and service of 40 years,” said the Troup County Sheriff’s Office in a press release.