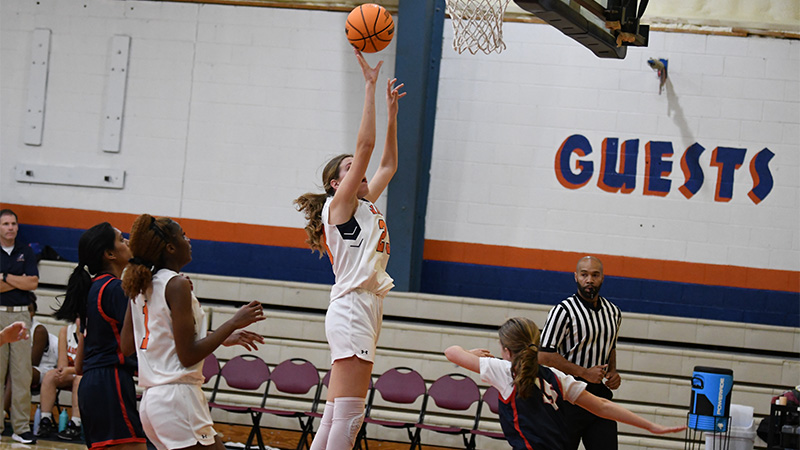 The LaGrange Academy girls basketball team got two of them in the form of Anna Beth Kinnersley and Laura Knight in their 84-13 demolition of Fulton Science Academy on Friday.

“The beginning of the year our defense was strong, but offensively we were a bit shaky,” Warrior coach Ken Klinger said. “I feel like we are really starting to figure out how to play together, and it is starting to show.”

Knight finished with 22 and Kinnersley with 16 as they helped take the offensive load off of Zazmin Thornton for the night.

“Anna Beth rebounds well, and she’s great inside the paint,” Klinger said. “Two games ago, she had one point and she was hard on herself, but she worked hard in practice and spent some extra time with my 1-on-1, and it is really starting to pay off.”

Thornton still got hers as she scored a game high 34 points and provided plenty of assists to her teammates as she continued the beginning of her life as a Warriors in dominant fashion.

The Warriors opened up a 22-4 lead after the first quarter and never looked back.

“We have to keep playing to our level and our standard,” Klinger said. “It is not about wins and losses. I couldn’t care less. We want to be elite and be the best we are capable of on any given night.”

LaGrange Academy improved to a perfect 7-0 on the young season and has not really been tested yet with the closest margin of victory this season being by 35 points. That should change in the coming weeks as the Warriors play in a tournament the week after Christmas before starting region play in the new year.

“We are going to a Christmas tournament, and the teams we are playing against are really good including Edgewood who were the AA state champions and Lakeside who are incredible, so it’s going to be a tough tournament,” Klinger said. “We will be tested in that tournament.”