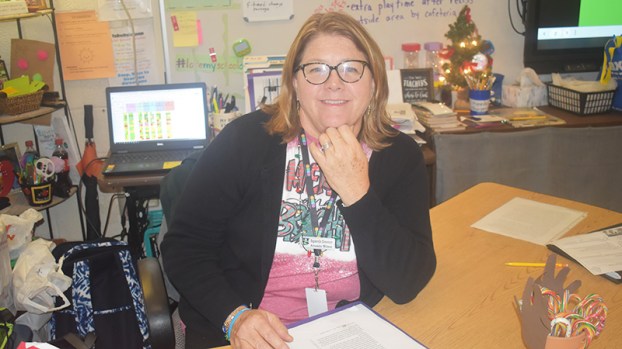 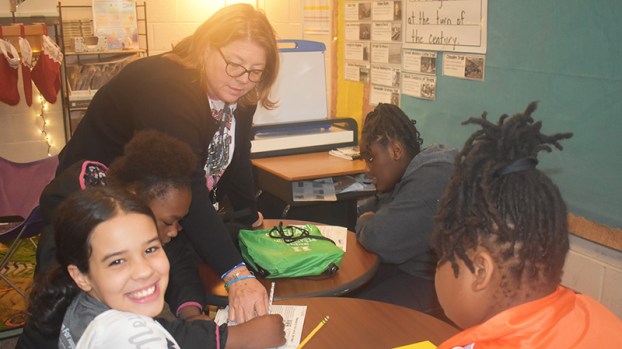 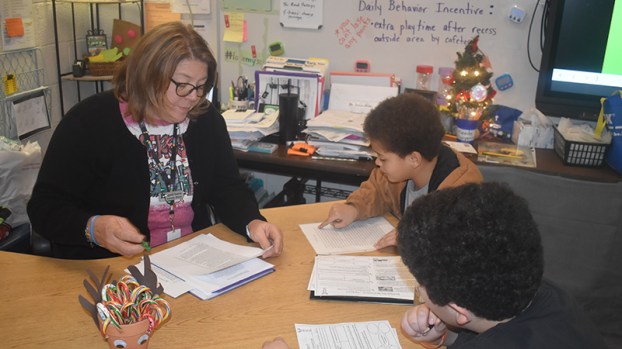 Hogansville Elementary School’s Teacher of the Year Amanda Wilson said being a teacher is a childhood dream come true.

“I was in the fifth or sixth grade when we had to write a letter about what we wanted to be when we grew up,” Wilson said. “I wrote I wanted to be a teacher and the reason was because of my first-grade teacher who happened to be subbing that day.”

Wilson said being able to challenge herself and help people learn is what led her to pursue education.

“I’m the oldest, and I would always help my brother and sister learn how to read and how to do their homework. It always made me feel good to see them when they had mastered a skill when they had learned something new,” Wilson said. “I enjoyed the challenge of trying to my siblings involved and engaged and wanting to learn. That’s something I still enjoy about it, the challenges.”

Upon hearing she won the title, Wilson said she felt emotional.

“It’s not about me, it’s about them. That’s my purpose,” Wilson said. “I couldn’t be the teacher that I am if I didn’t have a great team of the most supportive people.”

She said seeing the pride her family had in her winning moved her to tears.

In a career spanning nearly three decades, Wilson said the most fulfilling part of her job is knowing she has made a difference in her student’s life.

“When I see kids away from school, they’re excited to see me and want to tell me about what they have been doing,” Wilson said. “They still want me to know about how hard they’re working and that they’re making progress.”

Wilson said while there have been some questions about retiring, she feels like her job as an educator isn’t done yet.

“Everybody always says how many years you’ve got, how many how much longer do you have to go? I don’t do that,” Wilson said. “When I walk in that door and I feel like I’m not making a difference anymore, that’s when I’ll go home — that’s when I’ll say ‘OK, it’s time for me to let somebody else try to make a difference.”

When Wilson isn’t in the classroom, she enjoys spending time with her grandchildren. During the summer, she teaches summer school and travels to Statesboro to visit her family.

When asked what she’d be doing if she wasn’t teaching, Wilson said she couldn’t imagine herself doing anything other than teaching.