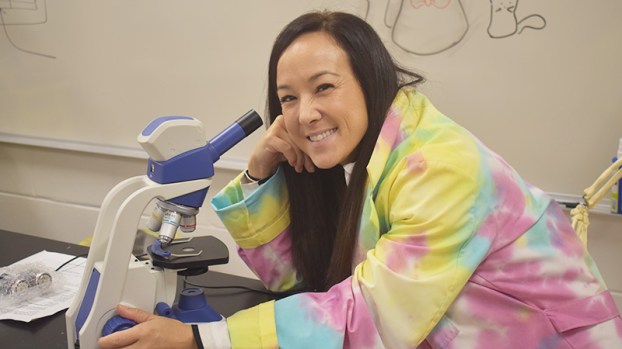 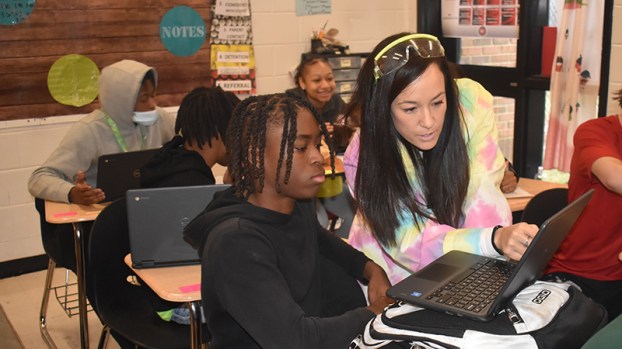 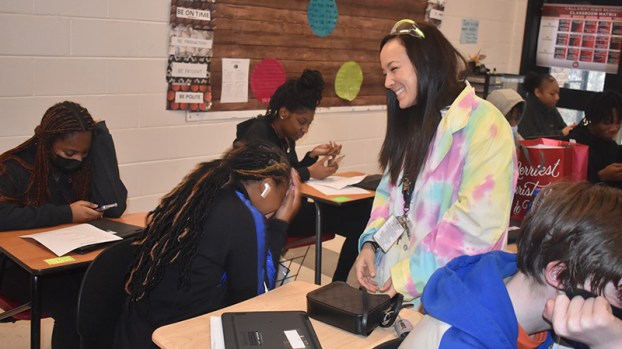 For Callaway High School’s Teacher of the Year, Satomi Morgan, the path to being an educator was always embedded in science.

CHS named co-teachers of the year, so Morgan shares the title with Spanish teacher Lisa Hernandez.

Before deciding to pursue education, Morgan said she initially wanted to be a nurse.

“After I had finished two years of college, I decided to change my path and become a teacher,” Morgan said.

Morgan said she comes from a family of educators and from seeing their influence on their students decided to follow in their footprints.

“My grandmother and a few other family members were teachers,” Morgan said. “I would see the impact they left on the students whenever I’d go out, and it motivated and encouraged me to become someone who could positively impact students like them.”

Upon learning she had won the title, Morgan said she was moved and cried.

“I was so shocked,” Morgan said. “It gave me chills, and I was really happy and honored.”

As a biology teacher, Morgan said she loves knowing and understanding how the body works, how things work together and feels like the subject is relevant in today’s world.

Morgan said the most fulfilling part of teaching has been building relationships with her students.

“Being able to build relationships with students from different backgrounds, different cultures, and just getting to make that bond with them has been rewarding,” Morgan said.

Morgan said being an educator at CHS has impacted her personally and professionally.

“As an individual, I’ve grown a lot since I’ve been here. I have had to overcome a lot of challenges but at the same time, it’s so rewarding because of the relationships that I’ve gotten to build with so many people, not just with the students but also the adults here,” Morgan said. “I feel like Callaway has been like my second family.”

When Morgan is not in the lab, she can be found either camping or playing sports with her husband, Timothy Morgan and their children Myla and Abel.

Morgan can also be found by the pool as CHS’s swim coach.  Morgan said if she wasn’t a teacher, she’d probably be in the medical field.