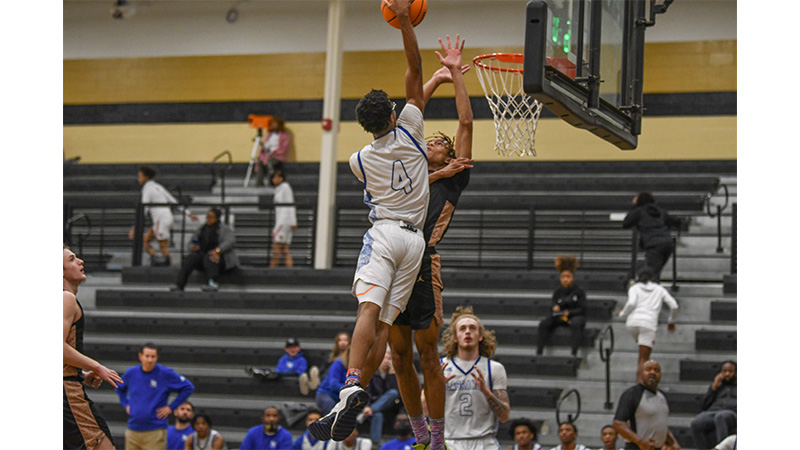 It was not the bounce back the LaGrange boys basketball team desired on Tuesday as they fell to South Paulding 66-55 at the Carrollton Showcase.

After starting the season 7-0, the Grangers have dropped two games in a row — both at the Carrollton Showcase.

The first quarter was competitive as both teams tried to feel each other out. The Grangers trailed by four after the opening eight minutes, but the second quarter proved to be their undoing. LaGrange was outscored 24-7 and trailed by 21 at the break.

LaGrange was able to chip into the lead in the second half, but the rally ultimately fell short. Devin Dowell scored 13 of his team-high 21 points in the second half as he kept the Grangers offense rolling when it began to sputter.

Jaquarious Hurston was second on the team with 15 points — 10 of which he scored in the second half to help the Grangers make the game interesting.

The Grangers were playing without one of their senior stars in Jaylen Young, who was on the bench, but not dressed out for the game.