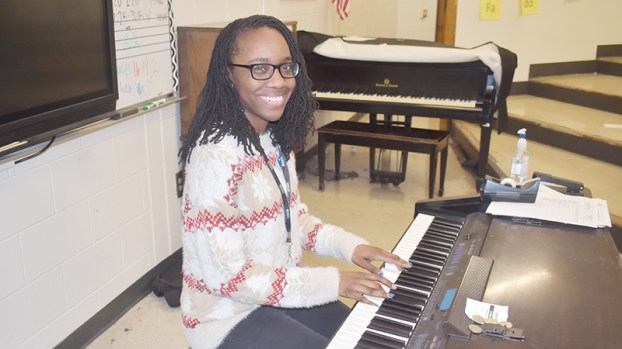 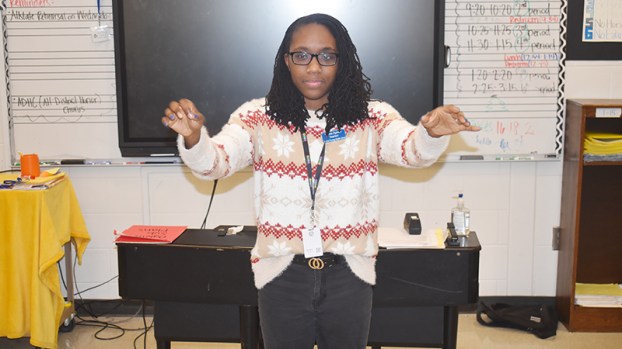 Some children know from an early age what they want to do when they grow up. Others don’t.

Garner Newman Middle School’s Teacher of the Year, Valeetia Ogletree, said she knew since elementary school she wanted to be a teacher, but she wasn’t sure what kind until high school.

GNMS has co-teachers of the year as Ogletree shares the title with Debbie Cox.

“When I got to high school, I was in marching band, and my teacher was amazing,” Ogletree said. “I loved her and I said, ‘Oh, I want to do this for the rest of my life.”

After gaining direction, Ogletree would pursue music throughout college until she decided to make to switch from band to choir.

“After I graduated college, I was doing my job search and applied to a bunch of band positions. However, there were a lot more chorus positions open,” Ogletree said. “I hadn’t actually taught in a classroom setting, other than in college. But once I got here, I thought I would try it out and I fell in love with choir.”

Upon learning she won the title, Ogletree said she was shocked and overjoyed.

“When they made the announcement, I was not expecting it,” Ogletree said. “I was in shock and had tears going down my face. I couldn’t believe it.”

In a career still young, Ogletree said being able to motivate her students to be lifelong learners has been the most fulfilling part.

“For me, singing doesn’t necessarily need to be their favorite thing. They don’t have to grow up to be a singer or have that as their profession,” Ogletree said. “My goal for them is to find some type of connection in the world and the way to do that is to motivate them.”

Ogletree said the support and the family mentality of GNMS have impacted her the most as an educator.

“My goal for my students is to have some kind of outlet while they are in school,” Ogletree said. “When I was in school, I struggled and I felt like I needed help with things that I wasn’t able to get. Whenever I walked into the music room, whether it was elementary music, when I was in band, or musical theater, that was always my safe space — something I hope I as a teacher have created for them.”

When Ogletree is not in the classroom, she enjoys crochet, reading, and hanging out with her family and friends. During the summers, Ogletree spends time with her twin sister in Carrolton, who is also a choir teacher.

If she wasn’t teaching, Ogletree said she would either be a flight attendant or be involved in a career that uses math.