LPD gives back to local family in need 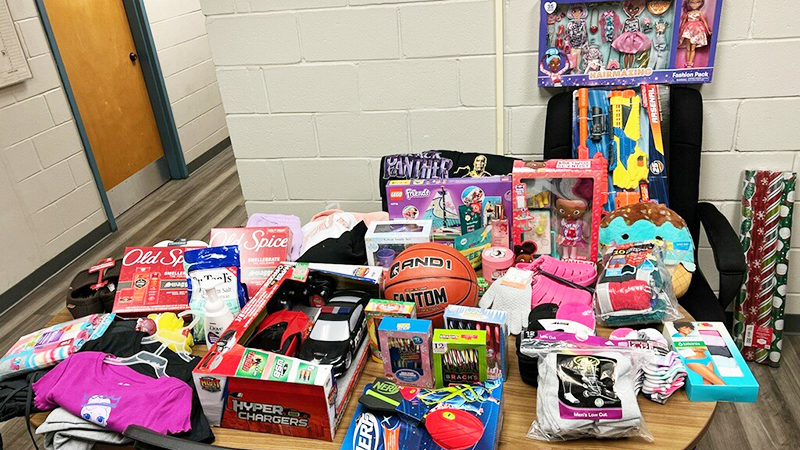 Captain Mike Pheil said on Thursday a former firefighter named Joe Cummings came by the station to donate $400 to someone in need.

“That got the ball rolling and between the two sergeants and their patrol officers, they matched that $400 with $425 more of their own money,” Pheil said.

The money donated and the shift contributions combined to make roughly $800, of which they were able to buy Christmas presents for all 4 children and fund at least 4-5 more nights for their lodging. The family is currently staying at a hotel.

Pheil said the officers and Everhart are coordinating to present the gifts to the family on Christmas morning.

Historically, the police department has participated in Blue Santa, a philanthropy aimed to help a family in need around the holidays, Pheil said.

“We would take nominations from police officers based on their own experiences and answering calls for service and meeting people in the community, and the entire department would contribute to buy dinner and gifts for a local family in need,” Pheil said. “We never got it off the ground this year. So, I was excited to see the officers recognize this need and jump on it.”

Pheil said seeing his colleagues come together for a cause like this made him feel proud.

“That exemplifies what we’ve embedded in this police department — recognizing a need and being a positive influence,” Pheil said. “Our role as police officers is much more than just criminal enforcement and arresting people. Our goal or objective is to have a positive impact on our community and improve people’s quality of life. It tickles me to death. They saw an opportunity and jumped in.”