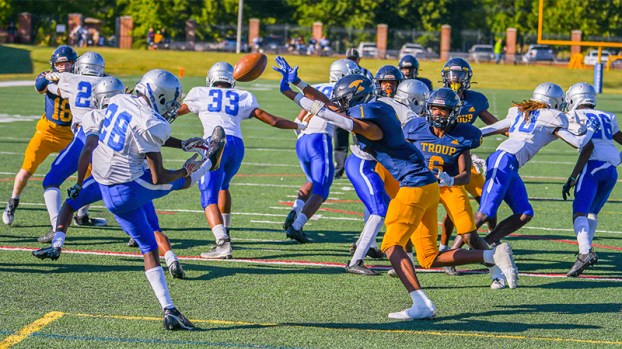 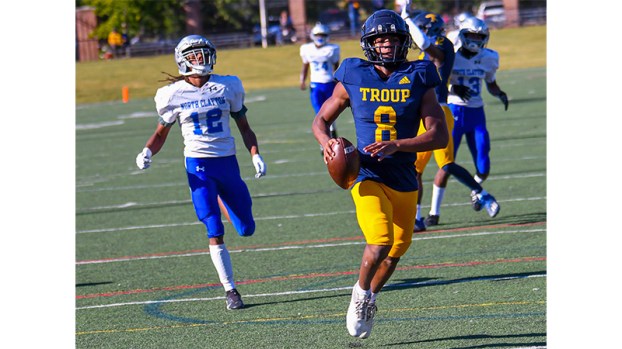 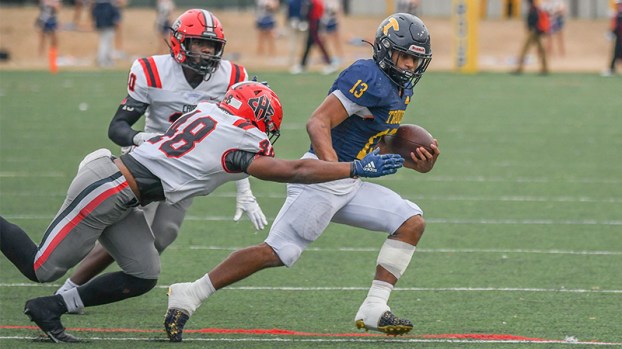 One of the most successful seasons in Troup football history ended nearly a month ago with the team’s third ever appearance in a state semifinal, but the accolades just keep on pouring in.

Taeo Todd led the way for the Tigers and was named to the All-State team and is one of the finalists for AAAA state player of the year. He finished the season with 2,454 passing yards and 29 passing touchdowns while running for 2,000 yards and 27 touchdowns across 14 games. Todd was also named to the Georgia Public Broadcast All-State team just a few weeks ago. The junior quarterback will be back for his senior season looking to build on a junior season that was one of the best in Tiger history.

On the other side of the ball, Qua Birdsong was named an All-State player for the second time in his career and he still has one season left as a Tiger. Birdsong terrorized opposing offensive lines and led the team with 12.5 tackles for a loss and 49 tackles despite playing in only 11 of the 14 games this season. Birdsong was named to the All-State team for his defensive contributions, but his offensive performances were equally as important to the Tigers. He had seven catches for 44 yards and two touchdowns while helping to set the edge in the run game as one of the Tigers top tight ends.

Another defensive player, Qua Moss, was named to the All-State team. Moss had 29 tackles and an interception and secured a spot on the team at the cornerback position. Moss was that and more for the Tigers. He was their return man on special teams and their leading receiver on offense, finishing with 53 receptions, 892 yards and 11 touchdowns. Moss excelled in all three phases in his final season as a Tiger.

Isaiah Hall came back from an injury riddled sophomore season by dominating in his junior year. He was the key man on the Tigers offensive line. He helped make the Tigers one of the most formidable offenses in AAAA during the 2022 season by doing the dirty work up front. Hall will be relied on even more in his final season with Troup next year.

Logan Sinkfield was the breakout star for the Tigers in 2022 and was deservingly named as an honorable mention in his first season at Troup. The junior do it all athlete was outstanding whenever he lined up for the Tigers. He threw for 64 yards and a touchdown as the backup quarterback, ran for 188 yards and two touchdowns, but where he really excelled was at wide receiver where he turned 34 catches into 724 yards and 10 touchdowns. Sinkfield also chipped in on defense where he had an interception.

Despite missing five games down the stretch, Noah Dixon was still able to earn a spot on the honorable mention list. The four star safety was sorely missed in the playoffs as he battled an injury and the Tigers secondary was not the same without him. Despite missing a fair amount of gametime, Dixon still finished fifth on the team in tackles with 40. The junior’s experience will be needed in the secondary next year as the Tigers are set to lose both of their starting cornerbacks to graduation.

Also named to the honorable mention list for Troup was linebacker Tray Blackmon. The senior shined for the defense in his final campaign with the Tigers, registering 44 tackles and 4.5 for a loss. The senior was everywhere for the Tigers and was an important part of the special teams and offense. He finished with 438 rushing yards and five touchdowns.

With the honors and accolades are coming in hot and heavy, the Tigers are likely not done being showered with glory for their remarkable run in 2022.