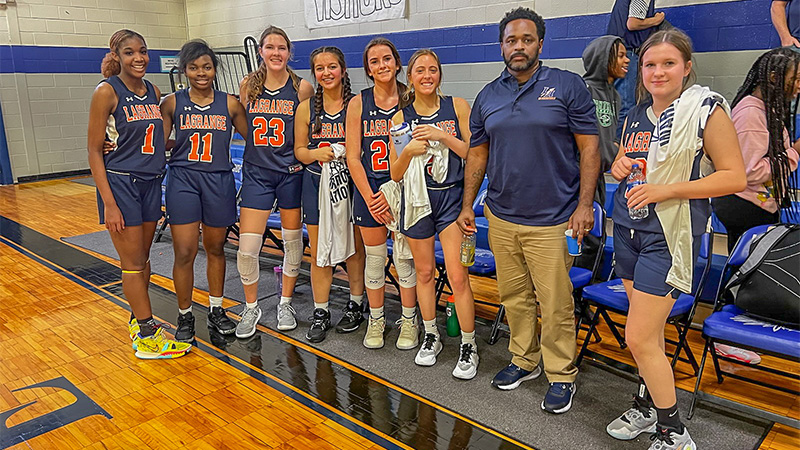 The LaGrange Academy girls basketball team had to dig deep to keep its undefeated season alive on Wednesday.

The Warriors were down 18-13 at halftime but used a second half surge to come out on top 40-27 over Lakeside (AL).

Chloe Helms had 12 points for Lakeside in the first half, but the Warriors were able to find some answers down the stretch.

“We played a box and one and our defense really picked it up,” Warrior coach Ken Klinger said. “Laura Knight played the box and one on her and held Chloe scoreless the entire second half.”

The Warriors outscored Lakeside 27-9 in the second half and completely controlled the game down the stretch with their defense.

LaGrange Academy will play again on Friday in the championship game of the winter tournament in Eufaula. The Warriors (8-0) will play the winner of Edgewood and Terrell Academy.