Troup boys bounce back with clutch win over KIPP 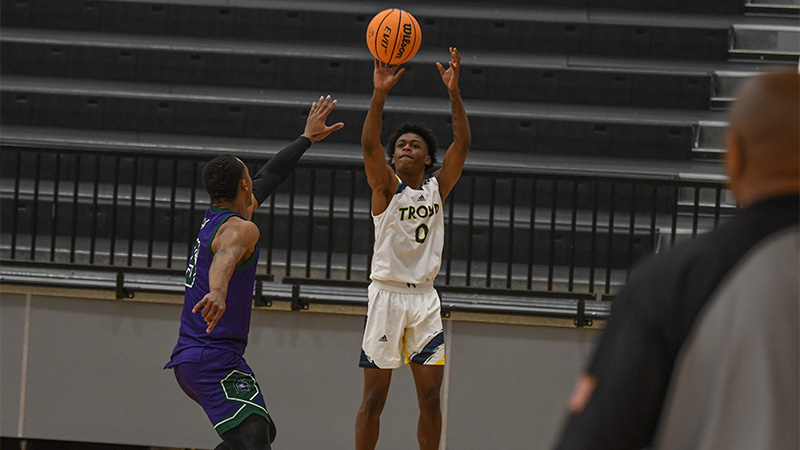 With its fifth win of the season on Tuesday — a 61-50 victory over KIPP Atlanta Collegiate — the Troup boys basketball team now has more wins than all of a season ago, and it has not even reached the new year.

“When I met with parents before the season, I told them this would be a better season,” Troup coach Jairo Gay said. “Overall, I hadn’t even thought about this being our fifth win. It is nice, but we have to keep building on it.”

The Tigers got a big bounce back win after losing narrowly in overtime to Lanett last game out before Christmas.

“We were up 14 points late in the game and let it slip,” Gay said. “I told the team that we have to close out games and not give teams a chance at the end.”

Neither offense really got going in the first half. The Tigers led 12-11 after the opening eight minutes but trailed by five going into the break.

KIPP stayed in the game late, but a third quarter surge saw the Tigers take a double-digit lead into the fourth quarter.

“The big difference between the first half and the second was we really went out there and played as a team in the second,” Gay said. “That can give us some confidence heading into region play.”

“He brings that physical presence down low, and we’ve been missing that,” Gay said. “He is a veteran presence that helps the younger guys. Birdsong has been a bonus for us coming over from football.”

KIPP kept battling in the fourth, but leading scorer in the game, Deo’Vion Tucker, closed it out nicely for the Tigers, scoring nine of his 14 points in the fourth.

DeJaylen Campbell scored 10 points as the other Tiger in the game to reach double figures in scoring.

Troup improves to 5-4 on the season and has taken major strides forward in Gay’s first year in charge of the program. The Tigers will return to action in the Heard County Holiday Classic on Thursday against Lithia Springs before taking on hosts Heard County on Friday.

On what Gay wants to see the rest of the tournament: “I want to see our younger players get some minutes and play well. We also have to close out games better. We had a sizable lead, and KIPP was able to chip into that. I want to see us put teams away comfortably.”