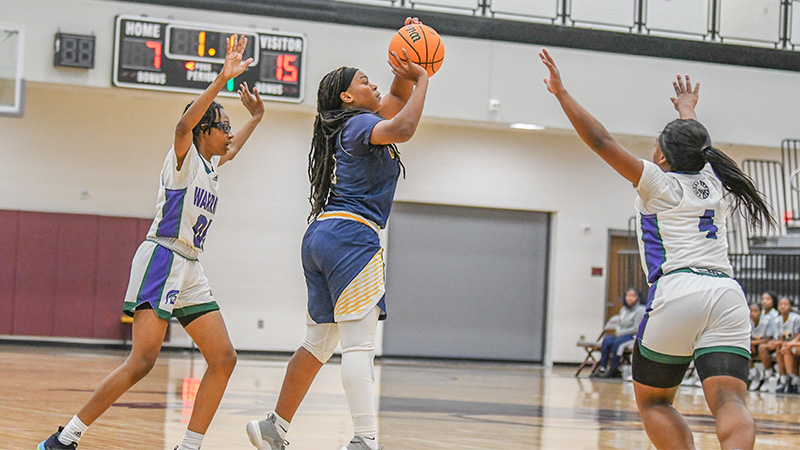 The Troup girls basketball team fizzled down the stretch in 51-43 loss to KIPP Atlanta on Thursday in the Heard County Holiday Classic.

The third quarter proved to be the Tigers undoing. The previously stingy defense allowed 21 points in the third quarter while the offense stalled and only scored 11 as KIPP was able to take a six point lead into the fourth quarter after trailing at halftime.

The Tigers went on a 5-0 run to start the fourth quarter to cut the lead to just one point. Jaz Williams was able to tie the game at 43 with 4:20 remaining in the game. From there, KIPP went on a 6-0 run to essentially close the game out.

Despite the loss, Alexcia Murphy was superb again, scoring 18 points and leading the Tigers on both ends of the floor. Raygen Godfrey was second on the team in scoring with nine points.

Troup falls to 4-5 on the season and have lost four games in a row — three of them by just single digits. The Tigers play their final game in the Heard County Holiday Classic on Friday at 9 a.m. against Charlton County.