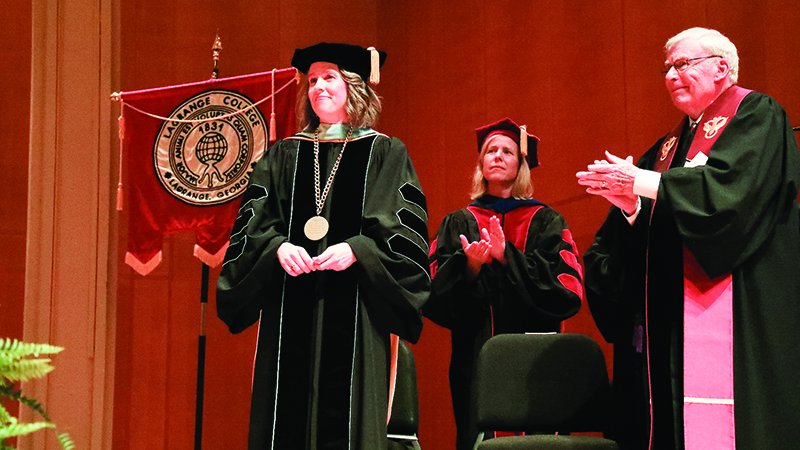 EDITOR’S NOTE: This is the second in four-part series looking back at the year 2022 in Troup County.

TADS REMOVED DUE TO INACTIVITY

The historic bridge built by George King, son of bridge builder and former slave Horace King, was set up near the Mulberry Street cemetery, mere feet from where King and his son, Marshall N. King, were buried. The bridge is believed to be a replica of the one King built that was destroyed in a flood at Harmony Church Road and Wehadkee Creek.

The City of Hogansville was approved for a $750,000 grant from the Economic Development Administration, the final step to get the city’s Royal Theater restoration project off the ground.

The inauguration was delayed due to COVID-19. “LaGrange College has been transforming lives since 1831, and I stand on the shoulders of many great presidents,” Baxter said.

The LaGrange Cycling Classic returned for its second ride in April as riders from all over the world competed for top spots in the tight-knit criterium encircling Main St. and Bull St. The two main races for the event were the Women’s PRO 1/2/3 and the Men’s PRO 1/2/3.

Former Mayor Jim Thornton welcomed GMA members from cities all around the state to LaGrange for two meetings — one by GMA’s legislative policy council and a meeting of the 60-member GMA board. During the trip, the mayors were impressed with what LaGrange had to offer. “That fountain was absolutely beautiful to look at,” Screven Mayor Jason Weaver said. “I mean, it’s amazing. Everything’s right here in walking distance.” Thornton now works for GMA.

“We as a Panther family, we want to make sure that we send out our condolences that prayers and hugs and love to the Dunn family. We are going to support and be there for the Bartolotta and the Brown families,” said LaGrange College Athletic Director Terlynn Olds.

Due to the pandemic putting live concerts on hold, the trip was one of excitement and anticipation. “These were choirs that signed on to do this project two years ago in 2019,” Bettie Biggs, former artistic director of the Choral Society of West Georgia. “After three years of waiting and not knowing, it finally took place.”

In June, fuel prices were averaging $4.30 a gallon in Georgia, setting a new all-time high in the state, according to AAA. “Rising gas prices has created hardship for many families and businesses,” said former LaGrange Mayor Jim Thornton. “They also have caused the cost of providing city services to increase. It has definitely made life more difficult for residents, but it looks like they are adjusting and cutting expenses elsewhere. This is not the best of times, but I’m sure we will get through it.”

The Supreme Court voted to overturn Roe v. Wade in June.  The overturning of this landmark case ends the constitutional right of abortion for millions of women, putting the decision in the hands of states. The vote was held 6-3, with the justices Samuel Alito, Clarence Thomas, Justice Neil Gorsuch, Brett Kavanaugh and Amy Coney Barrett voting to overturn Roe v. Wade. The dissenting justices were Stephen Breyer, Sonia Sotomayor and Elena Kagan.

Longtime assistant principal Jamie Bozeman was approved as the new principal by the Troup County School Board in June. Bozeman replaced principal Alton White, who retired earlier in June.