Have a safe New Year’s! Fireworks and drinking don’t mix 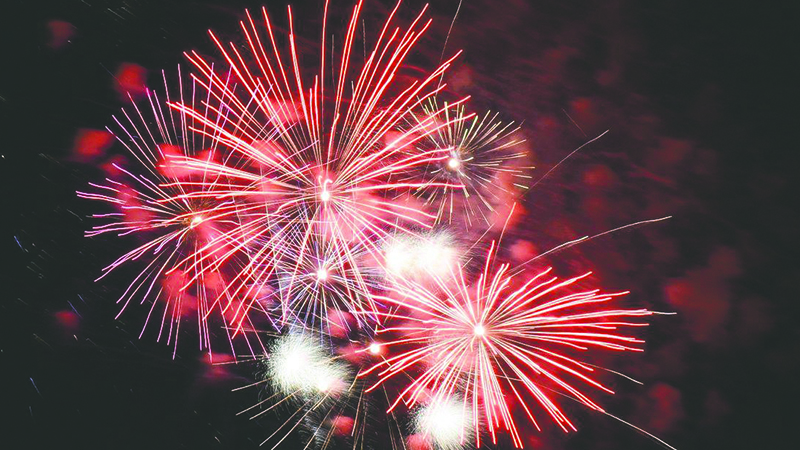 As the year wraps up and New Year’s celebrations are underway, it’s important to take the necessary precautions to be safe. Whether it means calling a cab at midnight or making sure to light fireworks in an appropriate area, there are ways to have fun while still being safe and following the law.

Sgt. Stewart Smith of the Troup County Sheriff’s Office said people who drink on New Year’s and go over the legal limit have two options.

“The first one is to obviously not to drive,” Smith said. “The second is they can call a sober driver to come pick them up and take them where they need to go.”

Smith said on New Year’s Day the time to shoot fireworks is extended until 1 a.m.

“Any time after that is considered a violation, and we ask people to not call 911 prior to that time if they’re just calling in regards to someone shooting fireworks. If they see someone that is shooting them in an unsafe manner, for example at other people, at homes or discharging them in a street, they could certainly, call and we can check that out,” Smith said. “As far as reporting someone shooting fireworks in general, we ask people not to do that until after 1 a.m. because it’s legal in Georgia.”

“In 2021, an estimated 11,500 people were injured in incidents involving fireworks and at least 9 were killed,” King said. “While a majority of firework-related incidents occur during Fourth of July Celebrations, a significant amount occur during the New Year’s holiday.”

“Sobriety is the safest option when it comes to fireworks. You shouldn’t use fireworks if you are under the influence,” Steele said. “It is paramount to allow adults, and not children, to handle the fireworks, the locations of where they are shot from, as well as designating a safety zone that will ensure children and spectators are not within the fire zone.”

King encourages those bringing in the new year with fireworks to follow these tips to be safe while celebrating the holiday:

Steele said in Troup County firework-related incidents are not a high-frequency event. However, fireworks can lead to serious injury and property damage if there is no regard for safety.

“The main thing with fireworks is to remember that the unpredictable can happen with them, and you should have safety as your main concern,” Steele said.