LaGrange closes out 2022 in style 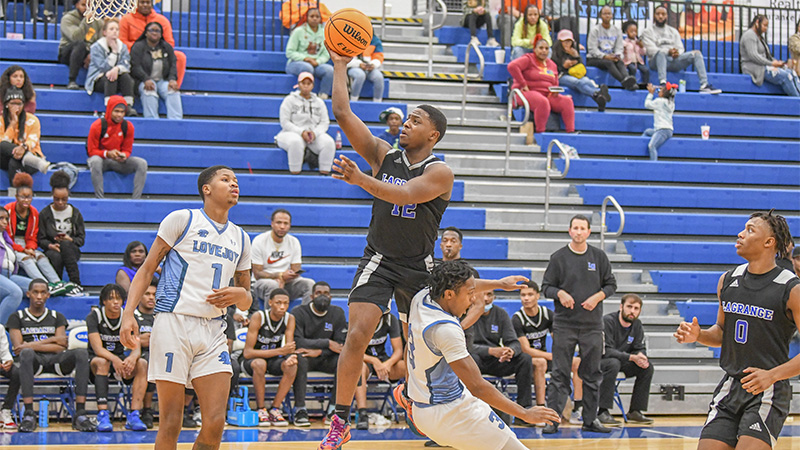 The LaGrange boys basketball team closed out 2022 in style and earned a 76-67 win over Lovejoy on Friday.

It was the final game of the LaGrange Toyota Invitational, with the Grangers going 2-0 during the tournament. It was a much needed bounce back after suffering their first two losses of the season a week ago.

LaGrange jumped on Lovejoy early in the first quarter, stretching out their lead to seven by the end of the opening eight minutes. Lovejoy battled back and cut the Granger lead to just three points at halftime.

The third quarter proved to be decisive as the Grangers were able to stretch their lead up to 13. The Grangers kept Lovejoy on the ropes in the fourth and never allowed them back in the game. The second half saw Garrett Jacobsen take over as he scored 10 of his team-high 15 points over the final 16 minutes. Devin Dowell finished second on the team with 13 points as he spread his scoring out across all four quarters.

The Grangers also welcomed back Jalen Young, who missed a handful of games. Young ended the game with seven points and provided some high energy on both ends of the court.

LaGrange heads into 2023 with a 9-2 record. The Grangers tip off region play on Tuesday against North Clayton.