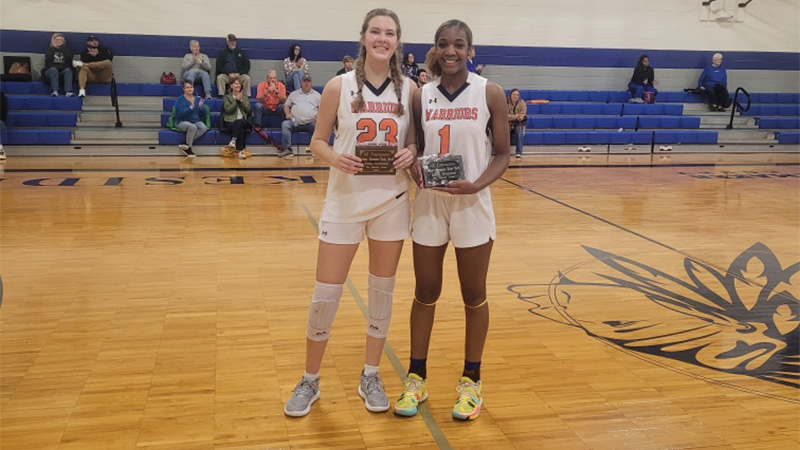 A shorthanded LaGrange Academy girls basketball team suffered its first loss of the season on Friday, 64-31 to Edgewood Academy who are now 15-0 and are ranked no. 1 in their classification in Alabama.

The Warriors were down two girls who could not make the trip, which left the team with no depth.

The team traveled to Eufaula, Alabama with just six players and fought hard despite what the final score showed.

The Warriors were down 13-3 after the first quarter. It felt like there was a lid on the rim as the team could not buy a basket early. The team dug deep and was able to close the gap to 25-17 at the break.

Star player Jazmin Thornton had to leave the game with an injury in the third and eighth grader Marley Hand, who started in place of the absent Kayla McBride, fouled out in the same period. Thornton was eventually able to return, but the Warriors had to play a stretch of the third quarter with just four players, which allowed Edgewood Academy to go on a run and put the game out of reach.

Thornton had one of her quietest games of the season and still finished as the team’s leading scorer with 16 points as her dominance this season continues. Anna Beth Kinnersley was second on the team with seven points. Both of these Warriors were named to the All-Tournament team with LaGrange Academy making a run to the finals.

LaGrange Academy fell to 8-1 on the season. The Warriors will be back in action on Jan. 6 against Brandon Hall at home.