Troup wins third game in the span of three days 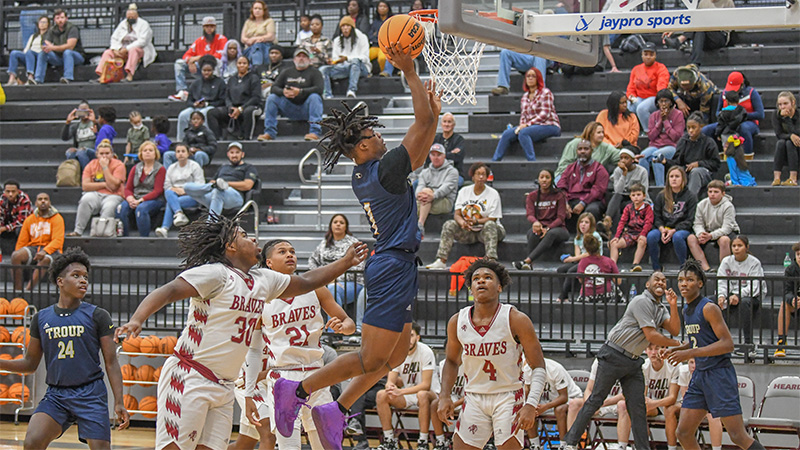 The Troup boys basketball team traveled to Heard County for the Holiday Classic tournament on three straight days and came away with three straight wins including a 62-53 victory over the hosts on Friday.

The Tigers controlled the first half and were really able to pull away in the third quarter. The Tigers were able to take a 33-24 lead into halftime as the defense suffocated the Braves early.

Troup’s defense ramped up to an even higher level in the third quarter, allowing just six points across eight minutes of play. This put the game practically out of reach as the Braves were able to score 23 points in the fourth and barely make an impact on the Tigers’ big lead.

Troup did not need a guy to go out there and score 30+ points as the team got scoring from a number of Tigers. Jalen Brown had 12 points, Dee Moreland had 10 and Qua Moss had nine to lead the way for the Tigers on the night.

Troup is building some momentum heading into 2023 and is now 7-4. The Tigers have nearly doubled the total wins from last season (4) and have not even hit the heart of their schedule yet. The Tigers will return to the court when they take on Starr’s Mill next Friday in their region opener.