Athlete of the week: Laura Knight is a Warrior through and through 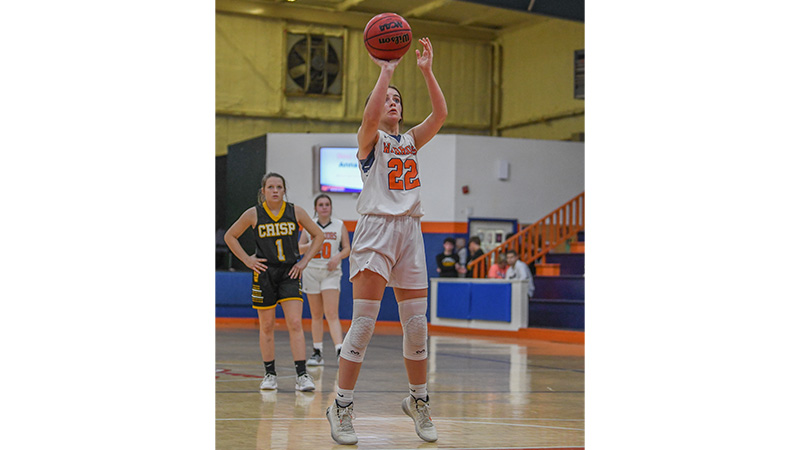 Being a Warrior is all she knows.

Laura Knight has been going to LaGrange Academy since she was in kindergarten and time has flown by as she only has a year and a half left walking the halls.

Knight is coming into her own on the basketball court at just the right time for the Warriors.

The junior at LaGrange Academy has been a key cog on the Warriors team that is chasing a state title.

“One of our main goals this year is to win a state championship,” Knight said. “If we play every game at our level and not play down to other peoples levels, we should be able to compete deep into the playoffs.”

It is not a feeling that is too unfamiliar for Knight, who helped win a state title for the Warriors when she was just a freshman cutting her teeth with the varsity squad.

“I was very nervous starting as a freshman,” she said. “The teammates that I had the time helped give me confidence and encouraged me.”

Knight’s role has expanded on the court. She set out a personal goal of being a more productive player on the offensive side of the floor.

“I’ve been working on and developing my skills on offense,” Knight said. “I’ve wanted to become more of a ball handler this year. I feel like I’m more of a threat on offense.”

Her 22 points against Crisp Academy before Christmas was a season high. It was a breakout offensive performance for Knight that was aided by a stellar team effort from her fellow Warriors.

The Warriors defense is stingy and Knight is a large part of why. Knight has always prided herself on that end of the court.

This season has a different feel to it for the Warriors. The girls are a tight knit group, and although they only have eight players on the team, the group has big aspirations.

“I feel like playing with so many new girls has caused us to really push each other,” Knight said. “It has worked out pretty great for us so far. We feel like we can reach a different level this season.

“This year feels like we play at a higher pace and a higher tempo,” Knight said.

Knight had to slide into the point guard spot a season ago but with some new players on the team, she was able to transition back to her more natural shooting guard spot. With Jazmin Thornton starting at point guard, Knight says she is happy to be back in her favored spot and areas on the court.

She first started playing in sixth grade, but the basketball court is not the only court Knight presides over at LaGrange Academy. She is also a major piece of the volleyball team.

“I enjoy playing both of them a lot, and I’m split between the two,” Knight said.

Knight is the fourth leading scorer on the team and the Warriors will keep on chugging as their 2022-23 season is still going strong.