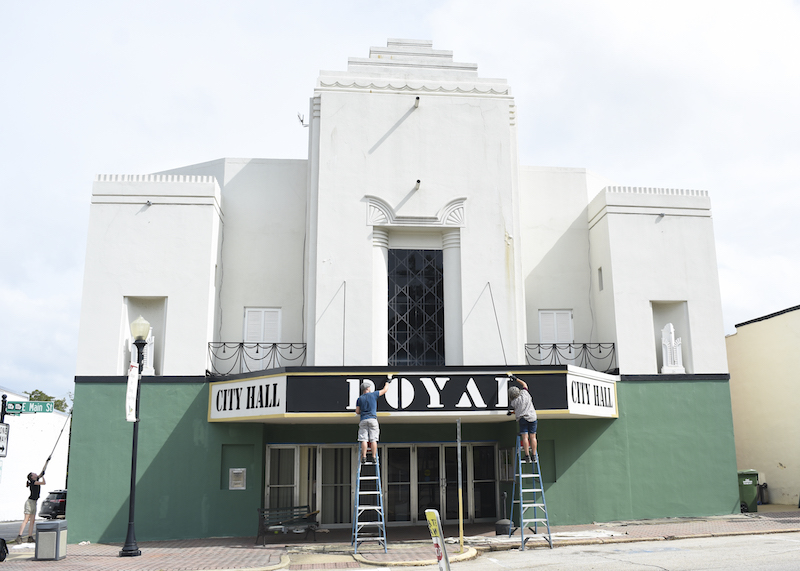 As the new year approaches, the city of Hogansville has had a big year filled with development on projects like the Royal Theatre renovation, new housing subdivisions and businesses setting up shops in Hogansville.

“We have multiple developments that are in the preliminary plat stage,” Hogansville Mayor Jake Ayers said. “These are big projects myself and the council have approved that are long-term projects that will take a long time to develop. 2022 was the year we saw a lot of progress and getting those preliminary plats approved and hopefully getting those projects rolling forward in 2023.”

Ayers said Hogansville has one subdivision in its final stages of breaking ground. The subdivision is called Jones Crossing, which will be located between the interstate and feature approximately 180 homes .

“This has been an ongoing project in process for a couple of years,” Ayers said. “The previous council and mayor proved it initially, but as the economy and different things have changed, we’re finally kind of in the final stages of getting that final plat approved. Hopefully, we’ll have slabs and homes on the ground as early late January or early February.”

Another project the city has been working on this year is getting the historic Royal Theatre renovated.

“We’ve made some big headway with the Royal Theatre toward the final quarter in 2022,” Ayers said. “We’re just about done with all the demolition of the interior at the Royal Theatre. We had a new architect come in and take over that project. With a lot of grant funding, we were able to get approved and finally get started.”

“We’ve seen some really good momentum in the last two months of 2022. We’ll see an extensive amount of progress on the Royal Theatre hopefully throughout 2023,” Ayers said.

Ayers, who in 2022 finished his first year as mayor, said he is looking forward to aggressively taking on projects for Hogansville infrastructure, creating opportunities for mentorship and recreation for children in the community.

“The city of Hogansville gets its water from the city of LaGrange, and then we get a part of it from Coweta County,” Ayers said. “There’s a huge addition to our infrastructure that needed to be added so that we can have an adequate amount of water flow to our interstate, and that specifically is coming from the city of LaGrange. That was approved, and a lot of that work has been commenced over 2022. What that means for citizens in our infrastructures is very significant, and that will be a great aggressive project throughout 2023.”

Ayers said he and ten other men in the area have created a mentorship for fifth-grade boys and hope to expand a program similar to fifth-grade girls.

“When you go to lunch with these fifth-grade boys, one or two days a week, you began to really understand what their family lives look like and what the reality is for citizens in Hogansville,” Ayers said.

He said right now the city doesn’t have a big public park for children to play in but hopes in 2023 to provide a space for recreation.

“I’ve got some big ambitions to try to look at our parks and rec and our city parks to figure out how we can create some really good amenities for our kids in this next season. I’m really hoping to put some good projects on the slate that we can try to relook at and what all of those possibilities can look like in 2023.”