Edmondson reflects on a challenging 2022 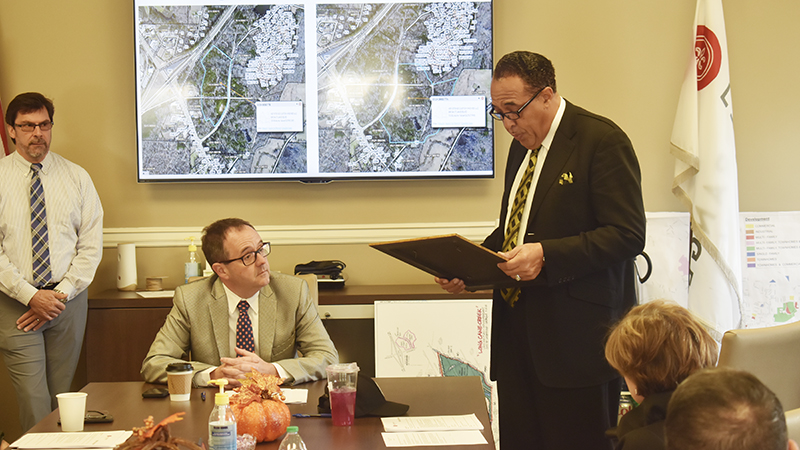 Despite having a challenging year due to losing a councilman and having its mayor resign, the City of LaGrange continued to thrive by doing what it does best.

As we head into the new year, Mayor Pro-Tem Willie Edmondson reflected on an eventful 2022 for the city.

Like all other cities, LaGrange began 2022 in the midst of the COVID pandemic, but through a thoughtful, measured response, the city and its residents were able to make it through by listening to local doctors and not overreacting.

“We all chipped in, and everybody did what they could to make it safer in LaGrange. Everybody worked together to pull forward,” Edmondson said. “Now, we’re getting back to something almost normal, a new normal.”

Along with fighting through the pandemic, LaGrange also had to deal with the unexpected loss of councilman LeGree McCamey after his passing in January. Mayor Jim Thornton resigned for a job with the Georgia Municipal Association in November.

“It was a very challenging year,” he said, noting that otherwise, the city is doing very well.

“As far as everything else where the city is still operating on a solid budget. We’re doing very well. We’re not in the red, we’re in the black.”

Edmondson noted that the city is still managing to run without the need to collect a property tax by using utility sales that are priced at one of the best in the state. He said the city is able to keep its prices low by buying gas and electricity in bulk many years in advance at a low rate.

“Our budget is $120 million, and we’re employing over 400 people in the City of LaGrange, so we’re doing well as a city. We’re constantly attracting new industries to come in and that’s our goal to bring in more companies, Fortune 500 companies, that will employ people and give them a good salary.”

Crime was also down for 2022, Edmondson said, praising the efforts of the LaGrange Police Department and Chief Lou Dekmar.

As Mayor Pro-tem, Edmondson has had to step into some mayoral roles after Thornton departed.

Edmondson has announced he plans to run for mayor in an upcoming special election to replace Thornton in March. Councilman Jim Arrington has also announced that he will seek the seat.

Edmondson said that if he is in the seat in 2022 and beyond, he plans to work to bring more housing, businesses and industry to LaGrange.