Athlete of the week: Elijah Ward is chasing a state title for Troup 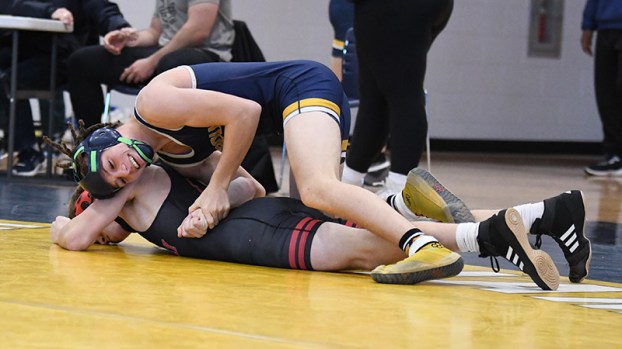 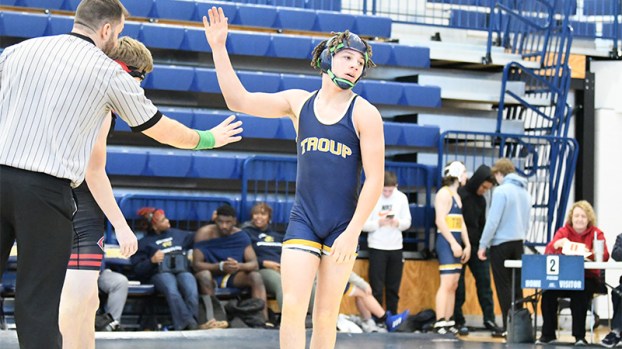 Elijah Ward is on a tear to start his sophomore season at Troup High.

The Tiger is now one of the top wrestlers in the state in the 126 lb weight class. Ward has taken major strides in recent weeks, including a perfect 8-0 performance at the Dariel Daniel tournament right before the Christmas break.

The Dariel Daniel tournament was not the only time Ward has shined in this festive period of wrestling.

He started the season wrestling in the 138 lb weight class but has gradually cut weight as the season has gone along.

“I like to wrestle up a weight class,” Ward said. “It gets you ready for the tougher matchups at 126 (lb).

His freshman season was a successful campaign as well, finishing fourth in state in the 106 weight class.

“I’m not cutting as much weight this year, which helps me out,” Ward said.

This year, he is more polished than ever. Ward worked on his technique in the offseason and has elevated his game to new levels this season. “My technique has gotten way better.”

Despite his young age, it was not an overnight success story. Ward started wrestling in the fourth grade and has steadily improved over the years. Most of that time has been under the tutelage of Troup High coach Drew Garner. Garner worked with Ward in his fledgling years as a wrestler and has helped turn him into an elite one. It is a symbiotic relationship as both wrestler and coach reap the rewards of years of hard work together.

“We’ve been working together since the fourth grade,” Ward said. “He’s funny and nice, and he knows how to push me. He’s interesting (laughs).”

Garner is not the only constant presence in the ear of Ward. His father — Ernest Ward — has been a consistent voice for the burgeoning star.

“He is always there to show me moves,” Ward said. “He watches my videos and shows me what I need to do better.”

One of the main reasons he has gravitated toward wrestling: the individual aspect. Ward enjoys going mano a mano with winning and losing solely falling on his own shoulders.

While athleticism runs in the family, wrestling does not. It is truly something he found on his own.

“I was at a basketball game in fourth grade and saw all the wrestlers going into a room, and I walked in there, and it went from there,” Ward said.

Ward has his sights on an even better finish at state this season. He wants to capture a state title in the 126 lb weight class, and he has all the tools to reach the perch despite being just a sophomore.

“I want to win back-to-back-to-back state championships,”  Ward said with a smile. “It hasn’t been done here in a while.”