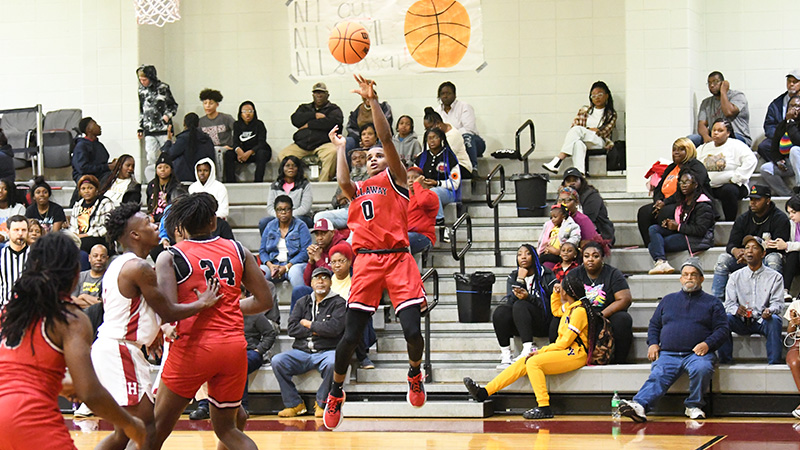 The Callaway boys basketball team could not contain Handley’s second half surge as the Cavaliers settled for a 71-61 loss on the road on Thursday.

It was the first game in nearly three weeks for the Cavaliers who ran out of steam in the second half as they continue to get their legs back under them after the Christmas break.

It was not all doom and gloom for the Cavaliers who showed a lot of positive signs in the first half against a quality Handley team.

The Tigers kept clawing their way back in the game and tied the game late in the second quarter, but a 3-pointer by Edwards at the buzzer sent the Cavaliers to the break with a three point lead.

The third quarter proved to be the Cavaliers undoing as the offense could get precious little going. Callaway could only muster eight points over the first eight minutes after halftime as the Tigers outscored them by 12 points in the third quarter to take a 51-44 lead into the pivotal fourth quarter. A foul by the Cavaliers at the buzzer meant a five point deficit at the end of the third quarter turned to a seven point hole as frustration boiled over on the sideline.

It was not the only time frustration set in for the Cavaliers — a technical foul late in the fourth quarter would give Handley two free throws.

Every time it felt like Callaway got back in the game, the Tigers found some way to pull back out of reach.

Fouls proved to be the Cavaliers downfall on the night — Handley was able to score 24 points on free throws alone. Callaway remains second in Region 5-AA with a 3-1 region record. It does not get any easier from here for the Cavaliers as they will host Elite Scholars Academy on Friday — the Royal Knights currently sit fourth in the region (2-1) and are 7-2 overall.