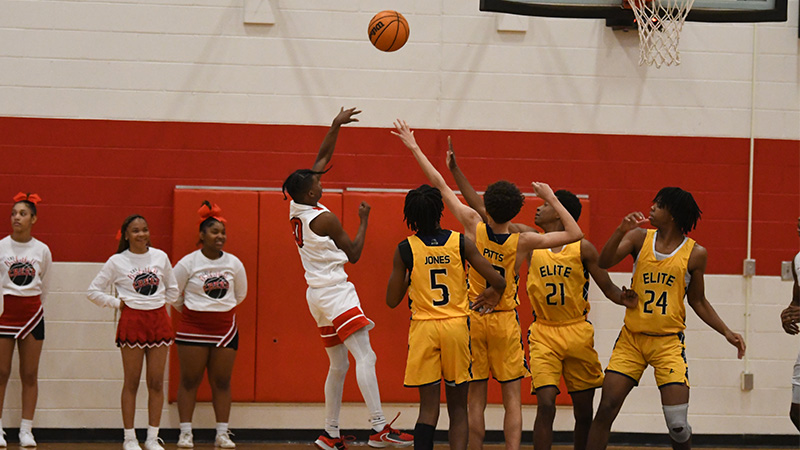 After a couple stumbles, the Callaway Cavaliers got back to winning ways with a dominant 67-43 win over region foe Elite Scholars Academy on Friday. The win snaps a three game win streak and gets the Cavaliers back to .500 (4-4).

The first quarter was back-and-forth. DeShun Coleman was sensational in the opening eight minutes of the game, scoring 10 of his game high 22 points. Coleman kept the Cavaliers offense afloat early, giving Callaway a narrow 14-13 lead after the first quarter.

Coleman was a force, scoring from outside the arc, inside the arc and getting to the free throw line.

The rest of the Cavalier offense caught up to Coleman in the second quarter with the home team outscoring their opponents 20-5, which gave Callaway a commanding 16 point lead at the break. The second quarter saw Korey Jackson score seven of his 11 points and Natorrius Truitt scored five to spark the offense to a big lead.

The second half was more of the same. The Cavaliers continued to dominate with Tyrus Edwards coming out of the break on fire, scoring nine points in the third quarter alone.

Callaway had 10 different scorers in the game as the ball was moving around the floor quickly and the Cavaliers were able to get some reserve players game time as well.

Despite a few losses recently, the Cavaliers continue to win the important games in region play. With the win on Friday Callaway moved to 4-1 in the region, good enough for second place.

The Cavaliers return to the court on Saturday against Eagles Landing at home. The Chargers currently sit sixth in the region (1-3).