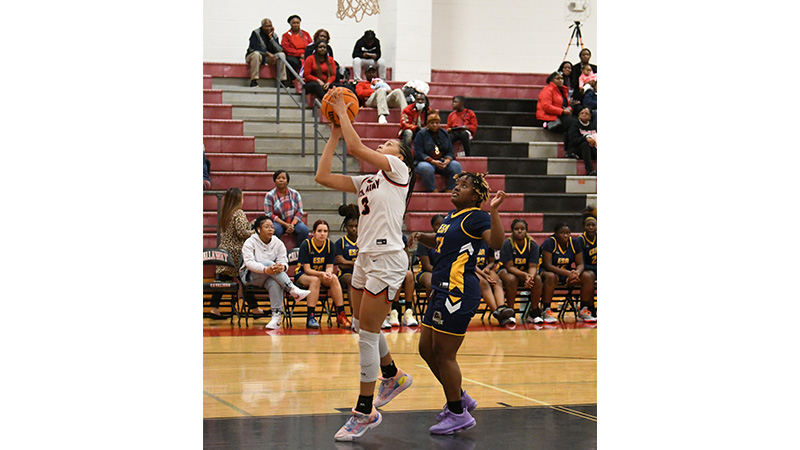 The Callaway girls basketball team did not allow a tight loss on Thursday to affect their performance on Friday as the Cavaliers bounced back with a 63-16 region win over Elite Scholars Academy.

The Cavaliers got off to a fast start early, taking a 14-3 lead after the first quarter. Once Lacey Thomas took over in the second and third quarter, the Cavaliers had too much momentum to stop. Thomas finished with a game high 20 points. She was not just dominant in the post where she usually thrives, she also hit two 3-pointers.

Thomas was not alone, as it was a complete team effort on the offensive and defensive sides of the ball. Keiyunna Maddox initiated the offense for the Cavaliers and finished the game with 13 points. TraNiya Mitchell chipped in with 10 points and like Maddox, connected on two 3-pointers to stretch the Royal Knights’ defense out.

This was just what the Cavaliers needed after suffering their first two losses of the season in their last two games.

This win sends the Cavaliers to 5-2 on the season and more importantly, improved their region record to 4-1, good enough for second place.

Callaway will play its third game in three days on Saturday, and it will be a big test. The Cavaliers will be hosting Eagle’s Landing, which currently sits in third place in the region.