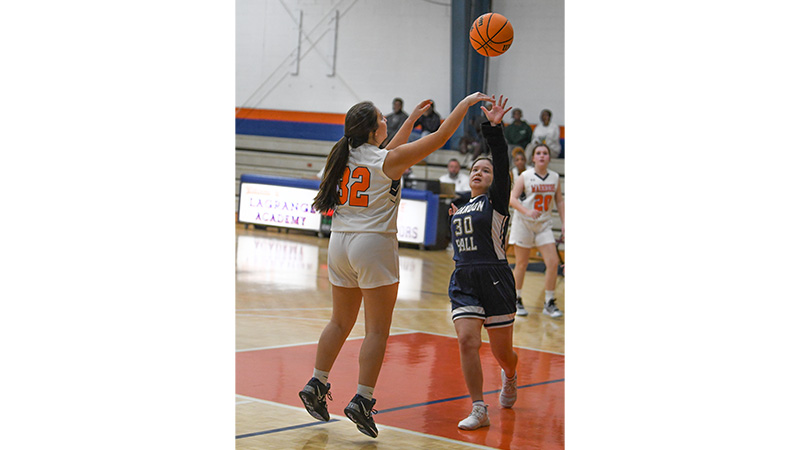 It did not take long for LaGrange Academy to get back to winning ways after dropping its first game of the season last time out. The Warriors demolished Brandon Hall 80-7.

It was a Warrior team that deployed a full arsenal of players after missing a couple of key figures in their last game out.

Jazmin Thornton glided effortlessly through the defense to score a game high 25 points, but it was not a solo effort, the whole team contributed to the scoring. Kayla McBride had one of her best offensive showings of the season with 14 points. Laura Knight and Anna Beth Kinnersley each scored 10 points as well.

Romona Engono scored all 7 points for Brandon Hall as the road team was simply outmatched in all phases.

The game was out of hand early with the Warriors taking a 52-2 lead into the halftime break.

The Warriors kept pouring it on as they try to recapture some of that early season momentum.

LaGrange Academy improves to 9-1 on the season. The Warriors will be back in action on the road to Springwood next Thursday. Springwood will continue a trend of playing quality opposition in recent weeks as the Warriors also took on Lakeside (AL) and  Edgewood Academy before the new year.