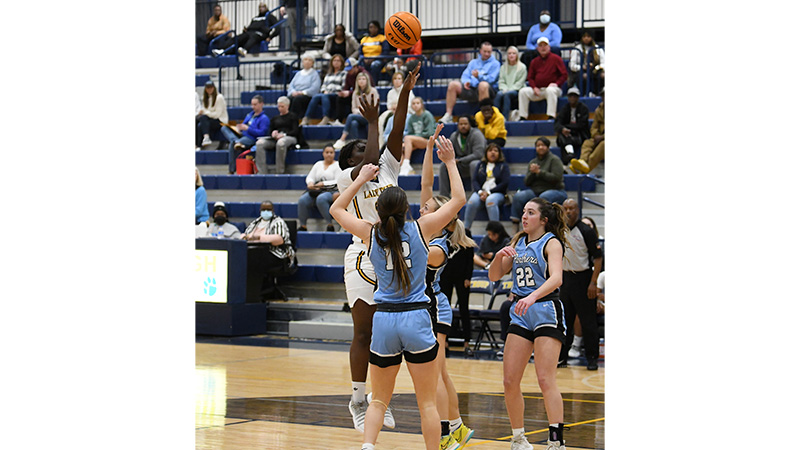 Outside of a big night from star Alexcia Murphy, the Troup Tigers could not get much going in a 62-48 loss to Starr’s Mill in their region opener to on Friday.

The Tigers offense struggled early with Murphy being the only one to get things going. She scored seven of her 25 points in the first quarter, but Troup still trailed 20-11 at the end of the opening eight minutes of play.

Unfortunately, the Tigers offense completely stalled out in the second quarter, scoring just six points, which led to a 20 point deficit at halftime.

Troup chipped into the lead a little in the second half, but could never mount a charge to get back into the game despite some heroics from Murphy who scored more than half of the teams points on the night.

Sheniyah Philpot was the only other Tiger to finish in double figures (10 points). Only three other Tigers scored in the game with the offense not being able to find a groove throughout the game.

The Tigers have now lost five of their last six games as they look to capture some of that early season momentum they had.

Troup fell to 5-6 on the season and 0-1 in region play. The Tigers will be right back in action Saturday in another region game against North Clayton.