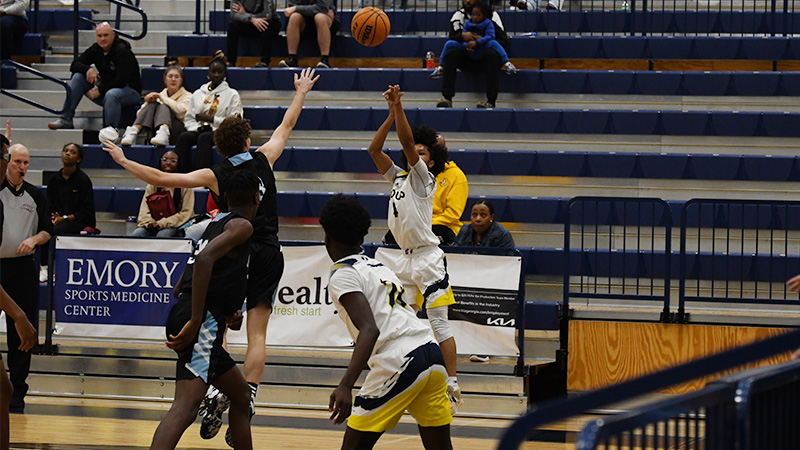 A late comeback attempt fell short in Troup’s 63-57 loss in its region opener against Starr’s Mill on Friday.

The first quarter spelled doom for the Tigers as they could not get much going offensively. Troup scored just four points in the quarter, which saw them looking at a 14-point deficit heading to the second quarter. Troup did not score a basket in the first quarter and only finished the first half with four baskets made.

The Tigers offense was sluggish as they returned for their first game of the new year. Troup trailed 50-28 after three quarters with only a late run making the final score a bit more flattering.

While most of the offense struggled for the Tigers, Taeo Todd served as the steady hand. He finished with a game high 17 points. Dee Moreland finished second on the team with 10 points with Qua Birdsong and Jalen Brown chipping in with eight points apiece.

The Tigers missed 14 free throws and with more accuracy from the charity stripe, the outcome might have been different.

Troup came into the game riding some momentum with three wins in a row but ran into a brick wall early. Troup is now 7-5 on the season and starts 0-1 in region play. The Tigers will get a chance to wash the taste of their defeat out of their mouth rather quickly as they take on another region opponent in North Clayton on the road on Saturday.