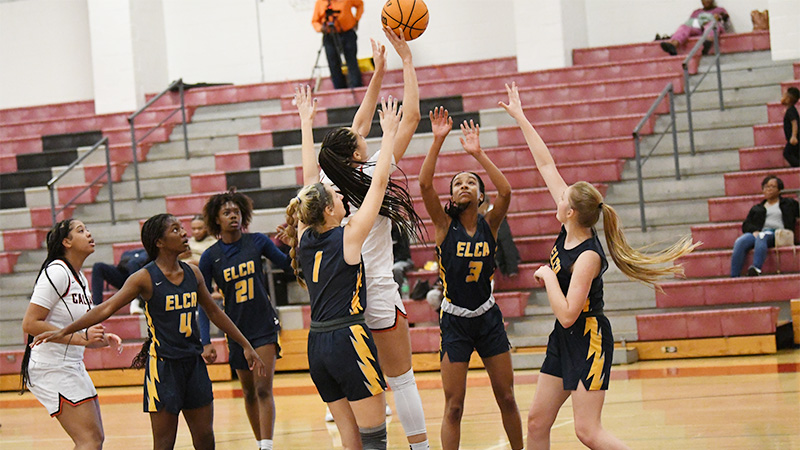 Callaway girls basketball team rolled over Eagle’s Landing 56–28 on Saturday to cruise to their second region win in as many days.

The second half was no different as Callaway cruised to an easy victory.

Thomas was not alone in dominating — Keiyunna Maddox scored from all over the court and finished with 14 points while also initiating the offense as the point guard. Raniya Mahone scored 12 points to help spark the offense as well and could have had more if she was more clinical from the charity stripe. Aniyah McFarland also had nine points for the Cavaliers.

Callaway improved to 6-2 and has bounced back nicely after suffering their first two losses of the season before rattling off two in a row on Friday and Saturday. The Cavaliers are second in region 5-AA with a 5-1 record. Callaway will have a tough test next time out when region leaders Columbia host the Cavaliers on Tuesday.