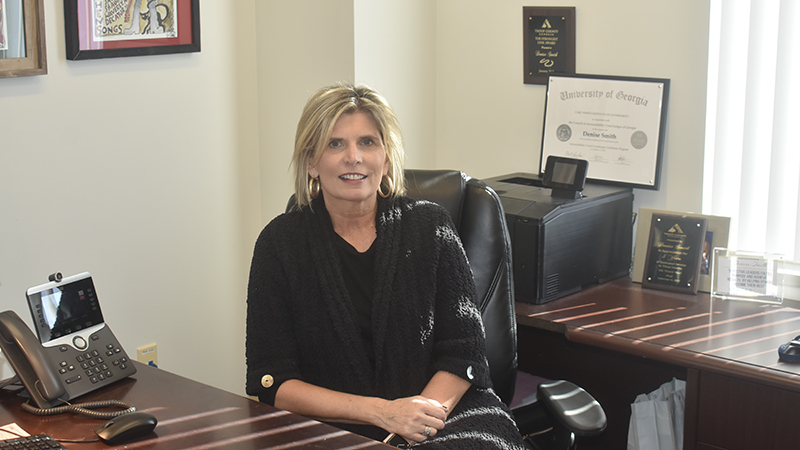 Denise Smith will soon find herself in a new role as she transitions from accountability court to a different position for the county.

Smith is moving from her position as accountability courts manager to the full-time grants manager for Troup County.

Smith started with the county in October 2016 and will officially start the new job on Wednesday, Jan. 11.

The county has been without a full-time grants manager for a couple of years. The position had most recently been filled by former Troup County Fire Chief Dennis Knight. When Knight began working part-time, the grant manager was downgraded from full-time.

Due to the importance of the position and the amount of funds associated with it, the Board of Commissioners approved hiring a full-time grant manager in early December at the request of County Manager Eric Mosley.

Mosley said about 80 percent of Smith’s new role will be overseeing grants and 20 percent customer service.

In addition to overseeing grants, Smith will work to help improve the county’s customer service, both internal and external.

“We want people to know that we are here to help them and not against them,” Mosley said, saying they would like to have a customer service culture like that of Chick-fil-A.

Mosley said Smith’s background as a counselor will help with conflict resolutions both between departments and with the public. Smith has a master’s degree in social work from the University of Maryland.

Smith said that they have developed a culture program for county staff called “Imagine Troup County” that they are planning to roll out within the next few months with internal training.

“We’re going to have a process for training ambassadors, culture ambassadors, and those will be in each department,” Smith said.

“The ambassadors will be trained on all the cultural standards that we have come up with as a team, and we’ll roll it out from there.”

Mosley said Smith has kind of been an unsung hero for Troup County over the years managing the county’s accountability courts.

“We run on a pretty tight budget,” Smith said.

Over the past six years, Smith has helped the county secure an estimated $1.5 million in grant funds for the accountability courts.

Smith said they also received supplemental funding from the City of LaGrange and the county.

“We put things together on a shoestring budget, but they’re programs that improve people’s lives,” Smith said.

“A big part of our funding is from the state through the grant process. I look forward to the opportunity and challenge of seeking out new grant opportunities to help support the county achieve its goals and finding places to develop new opportunities for county residents,” she said.

Smith said she was very much looking forward to the new job, but she will miss her current team.

“We have a very close-knit team, and I will really miss folks,” Smith said. “Change is hard, but I embrace change at the same time and really look forward to working with the team over at the commissioner’s office.”

Smith said Jasmine Johnson from the juvenile courthouse will take over for her once she transitions to the new job.