Grangers rally in the fourth quarter for a big region win 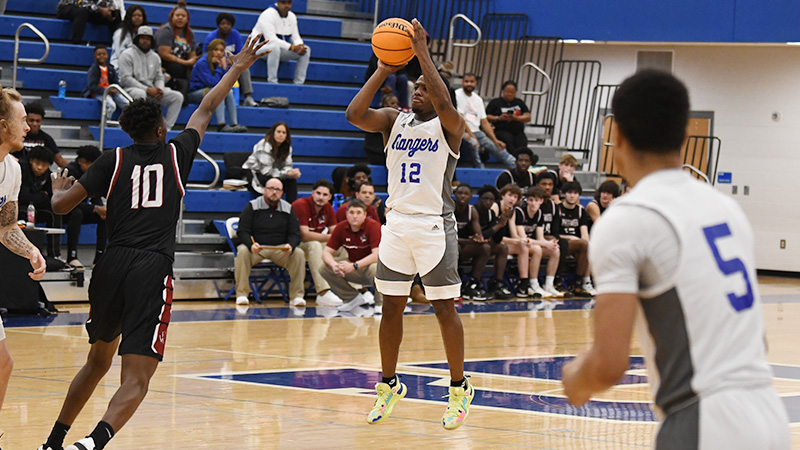 LaGrange had to dig deep.

It was far from easy, but the Grangers were able to pull a 57-52 region win out of the fire on Saturday over Whitewater.

Devin Dowell was simply sensational and it all started in the first quarter when he and Mydarius Scott each scored five points apiece to give the Grangers a slight 12-11 heading to the second.

Dowel scored another five points in the second quarter, but the offense largely stalled which meant the Grangers trailed by two going into the break.

He was not alone, Jaquarious Hurston was huge in crunch time on both sides of the ball, coming away with multiple steals in the final minutes as well as scoring five of his 12 points in the fourth quarter.

Jaylen Young turned the second half into his own personal dunk contest, throwing one down in both the third and fourth quarter. He was more than the bounce he displayed — he was a key figure on defense and chipped in with eight points.

Garret Jacobsen gave the Grangers a presence in the post and finished with nine points.

LaGrange has now won four in a row and both of its first two region games. The Grangers sit at 11-2 overall and will be back on the court when they host region foe Fayette County on Tuesday.