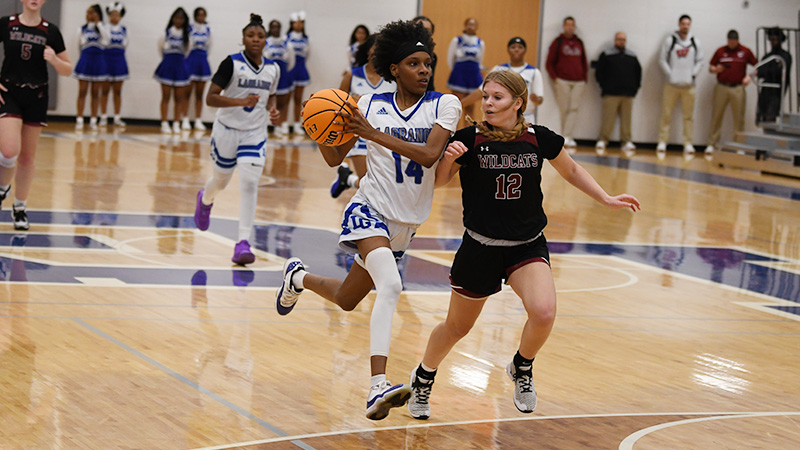 The LaGrange girls basketball team is building some momentum. With a 41-25 win over Whitewater on Saturday, the Grangers have now won five of their last eight games which is one their best stretches of games in the last five years.

The game was all about defense as the Grangers had just enough offense to get the job done on their home court.

Brittney Heard and Peyton Swint were the dynamic duo for the Grangers, scoring 11 and 10 respectively to lead the way offensively.  Every time it looked like the Wildcats would get back in the game in the second half, one of these two players had a quick answer.

Nina Brooks also proved clutch, hitting a 3-pointer and two free throws in the fourth quarter for her only points of the game.

This is the first time the Grangers have started 2-0 in the region since 2017-2018 and they already have more region wins this year than the total of last season. LaGrange improved to 5-7 overall and will get a chance to keep the good times rolling against region opponent Fayette County on Tuesday.