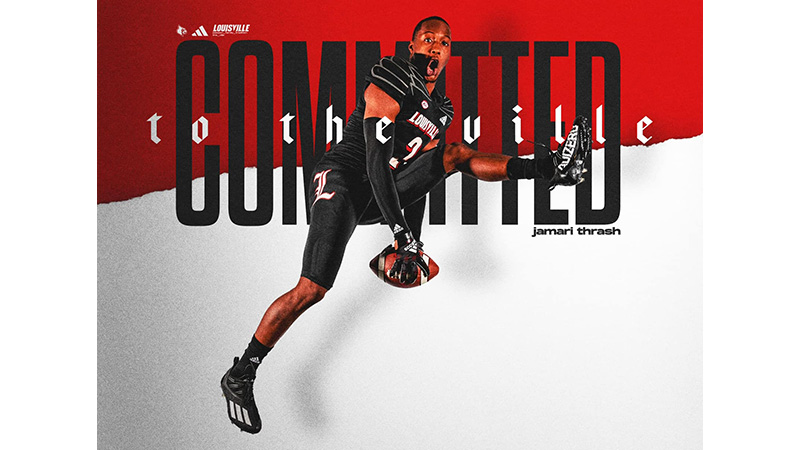 Former Troup wide receiver Jamari Thrash made his next destination known on Sunday, officially announcing his decision to transfer to the University of Louisville.

Thrash led Sun Belt 1,122 receiving yards, which is currently the 10th highest total in FBS and the second highest for a season in Georgia State history. He is No. 3 in the Sun Belt with seven touchdowns and No. 2 with 18.4 yards per catch. Thrash had three times as many receptions (61) and receiving yards as Georgia State’s No. 2 receiver, accounting for 46 percent of the team’s passing yards.

Thrash’s gaudy statline earned him a spot on the Sun Belt All-Conference team. He finishes his career with the Panthers with 104 catches for 1,752 yards and 12 touchdowns. Thrash saw action in all four years with Georgia State and will be looking to carve out a big role with the Cardinals.

Louisville is coming off a season in which the team finished 8-5.