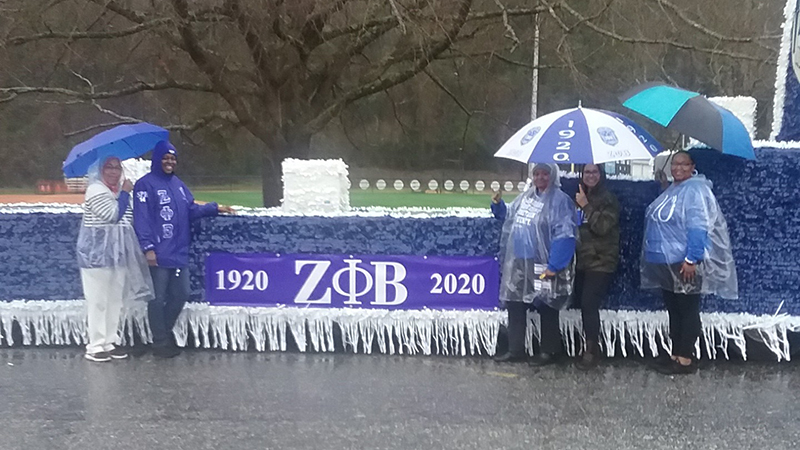 On Aug. 28, 1963, Dr. Martin Luther King Jr. gave his iconic speech, “I Have a Dream,” in front of thousands at the Lincoln Memorial, MLK spoke of unity and peace among men, women and children.

Almost 60 years later, his dream still lives on and is celebrated this year on Jan. 16.

Parade organizer and Zeta Phi Beta member Yvonne Pittman said this year’s parade makes a return after two years of being canceled due to Covid-19 concerns.

The theme of the 2023 MLK parade is “Love is the Life of Freedom” with Wanda Walker serving as the grand marshal of the parade.

“We have a lot of participation this year,” Pittman said. “We have steppers, fraternities, sororities and so far, the band from LaFayette High coming out.”

The parade will begin at 1 p.m. however, streets surrounding the parade route will begin closing at 12:45 p.m.

This year the parade route will begin and end at the LaGrange High School parking lot. The route will go through North Greenwood Street, West Haralson Street, Church Street, Broome Street, then Ridley Avenue back to North Greenwood. It will be the same route as the annual Christmas Parade.

In her 30 years of being in charge of the parade, Pittman said the best part has been keeping MLK’s legacy alive in the community.

“It has been a joy,” Pittman said. “A lot of the children now don’t even know who Dr. King is —the most they will have to celebrate him is a color sheet at school, and that’s the gist of it. I want us to keep his dream alive — keep him alive. He fought for our equality and rights.”

Pittman said as a member of Zeta Phi Beta, being able to give back to the community as well as teach young people about history has been the most impactful.

“To know that we have people here that want to participate and keep his legacy going has been amazing,” Pittman said. “We are not teaching the kids, and I hate that they don’t bring them to the parade like they should and tell them the reason why we celebrate his birthday.”

For those interested in participating in the parade, Pittman will be taking registration fees until Jan. 10. For organizations walking, the cost is $35, for cars and trucks $45 and floats are $60. For more information, call Pittman at (706) 616-2484 or email zeta7ysp@yahoo.com.

Pittman said all the money made from the parade will be used for a scholarship founded by the sorority.