LaGrange girls struggle in second half in loss to Fayette County 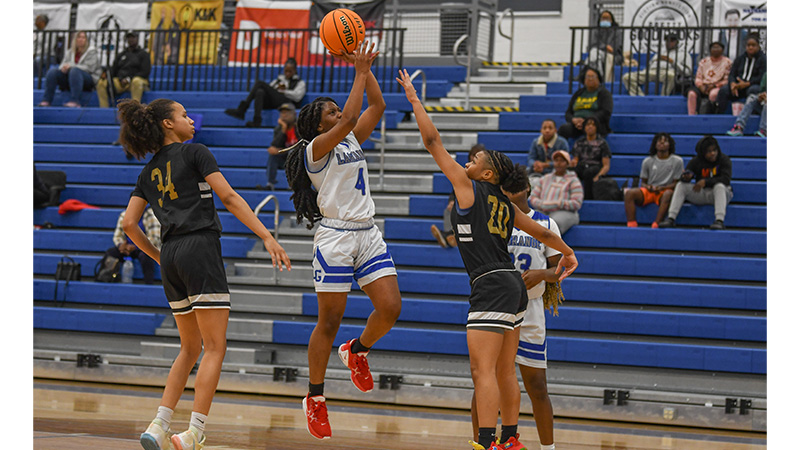 The LaGrange girls basketball team stalled out in the second half in a 54-27 loss to Fayette County on Tuesday.

The Grangers could not find any offense for most of the night as they never scored in double figures in a single quarter.

The offense regressed as the game went along. The Grangers scored nine points, eight points, six points and the four points as the offense really limped to the finish line down the stretch.

The first half was competitive with the Granger defense keeping the team in the game early.

LaGrange led by one after the first quarter and only trailed by four points at the halftime break. The bottom fell out in the second half as the defense was not quite as sharp, and the offense could only score 10 points total in the second half.

Brittney Heard scored 10 points and Peyton Swint scored nine points as the two players really had to carry the offense for the Grangers. Outside of those two players, the Grangers combined for three made baskets.

LaGrange fell to 4-8 overall and 2-1 in region play. The Grangers sit third in the region and will match up against another region opponent in Starr’s Mill on Friday at home. Starr’s Mill currently occupies the fourth spot in the region standings.