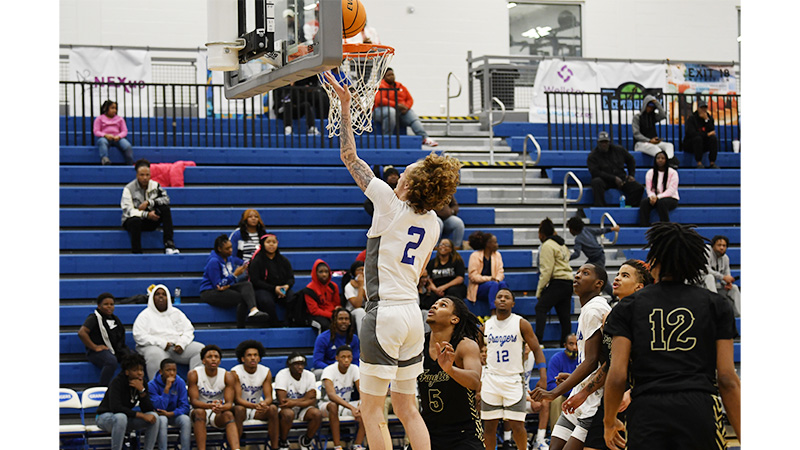 The LaGrange boys basketball team could not find a rhythm in a 70-52 loss to region opponent Fayette County on Tuesday.

It was not just the offense that was sluggish as the defense could not contain Fayette County in the first half.

Fayette County scored 22 in the first quarter before dropping 23 in the second to take a commanding 55-23 lead at halftime.

The Granger offense could only muster 35 points over the first three quarters, never scoring more than 13 in a quarter until putting up 17 in the final quarter of play.

It was a disappointing loss after the Grangers eked out a close region win against Whitewater in their previous game.

Jaq Hurston finished as the Grangers highest scorer with 11 points. Devin Dowell scored eight points and Isiah Green hit two 3-pointers to finish with six points in the game.
Jaron Stafford came off the bench and hit a couple shots in the fourth quarter to spark a crowd that had gone quiet as the game fizzled out long before the final whistle.

The loss snapped a four-game winning streak for the Grangers.