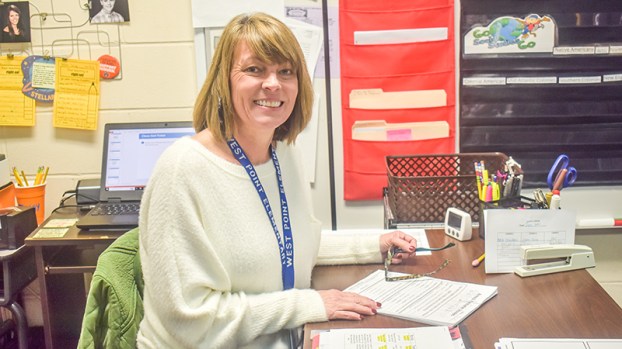 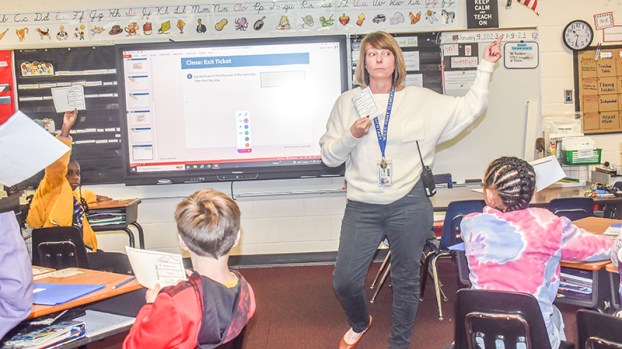 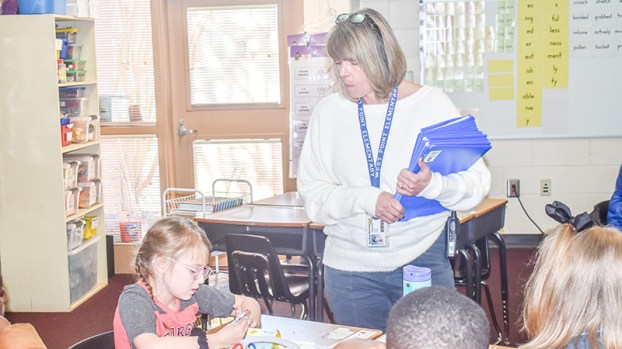 West Point Elementary School’s Teacher of the Year, Sonya Finlay, said from the time she was a child, she’s always wanted to help children or be in a classroom setting.

“I wanted to become a teacher to change lives,” Finlay said. “I wanted to be that person that could reach them, maybe not academically, but from a caring standpoint that could make them feel special.”

Upon learning she had won the title, Finlay said she cried and because she got sick that day, the school put on a drive-through parade for her.

“I had to leave that morning because I had gotten the flu,” Finlay said. “Miss Cook and Miss Smith called and told me to ride by the school, and I was totally shocked. My husband drove me through the car rider line that afternoon and the school cheered me on and gave me flowers. I was so happy and honored to represent this school.”

As an educator at WPES, Finlay teaches many subjects but enjoys teaching math the most.

“I love to watch the excitement on the student’s faces,” Finlay said. “I think that is why I love teaching it because, in the end, I can see the reward of it. I can see from where they started to where they ended and that makes it exciting for me.”

In her time at WPES, Finlay said the most fulfilling part of her job is creating relationships with her students and watching them grow.

“Seeing the growth and success in each student from the beginning of the year to the end of the year has been impactful,” Finlay said.

“That along with building positive relationships with them is rewarding.”

Finlay said teaching at WPES has made her a better person and teacher.

“West Point is such a special school,” Finlay said. “It’s always held a special place in my heart, and I wouldn’t want to go anywhere else — this is home to me.”

When Finlay is not in the classroom, she enjoys spending time with her family, scrap wood building and painting. If Finlay wasn’t teaching, she said she’d be traveling with her husband.