Athlete of the week: Devin Dowell has become a floor general in his senior season 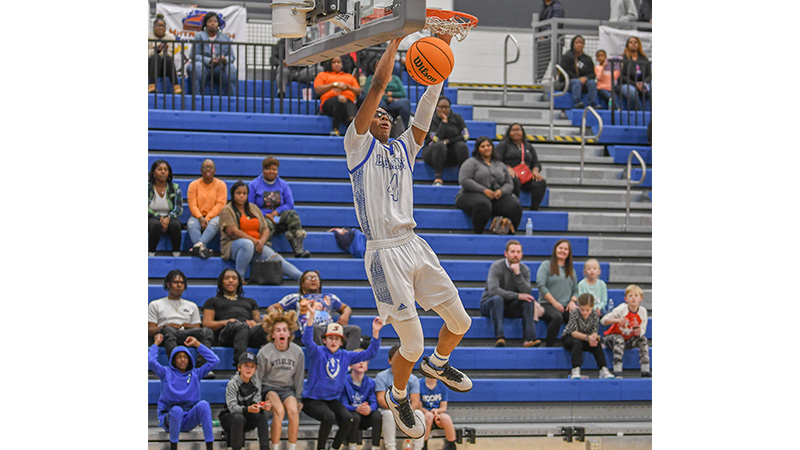 Devin Dowell is back and better than ever.

The LaGrange senior enjoyed a stellar campaign in his junior year at the school but has elevated his game to new heights during his final go with the Grangers.

“I’m a much better player this year than I was last year,” Dowell said. “My shooting numbers might be down, but I’m more confident in my play.”

Dowell is just one of the members of a large senior class for LaGrange. Nine seniors make up the LaGrange high old guard for the 2022-23 season.

“We’ve been playing basketball together for so long,” Dowell said. “We know our strengths and weaknesses on the floor. Me and Garrett (Jacobsen) have been playing together since we were kids.”

Despite a large senior class, Dowell has had to step into a leadership role this year. Jacobsen and himself rarely leave the court and are constantly in command of the guys around them when they are on the court.

While playing nearly every minute helps Dowell be a floor general for the Grangers, it also can take its toll.

“It can be very exhausting, especially now that we are in region play,” Dowell said. “There are some weeks where we’ll have a game Tuesday, Friday and Saturday, and there are times where it’s Thursday, Friday, and Saturday, so it can be tough. It’s all about rest and hydration.”

While he was far from quiet to begin the season, averaging a team-high 15 points per game in non-region play, he has elevated his game to new levels in region play, averaging 23.5 going into Tuesday night’s game against Fayette County.

Dowell is not a floor general by trade. He has typically been a shooting guard, where he can create his own shot with or without the ball. This season he has been relied on more to initiate offense for those around him. He worked tirelessly in the offseason to become a more natural point guard. In crunch time, he is the one who takes the responsibility of leading the Grangers attack.

“My court vision was not nearly as good last season,” Dowell said. “I had to step up this year and be a point guard. I also had to learn how to be more aggressive and attack the basket.”

Dowell is used to making changes. For his sophomore year, he transferred to LaGrange from Callaway which was a sweet relief for a player that wanted to wear the blue and white since he was a kid.

“I love LaGrange, I wish I would have come here earlier,” Dowell said. “My parents went here, a lot of my friends went here. It feels like home.”

Dowell hopes to continue to play basketball into the future. He has plans to major in journalism and could see himself going to Mississippi State whether that is with a scholarship or as a preferred walk-on.

The future is far from set in stone though and Dowell wants to make his final few months as a Granger special. He has is eyes on winning the region 4-4A player of the year and helping the team capture the first region title since he transferred over, but it is not just about the feelings on the court, he wants to bottle the whole senior experience.