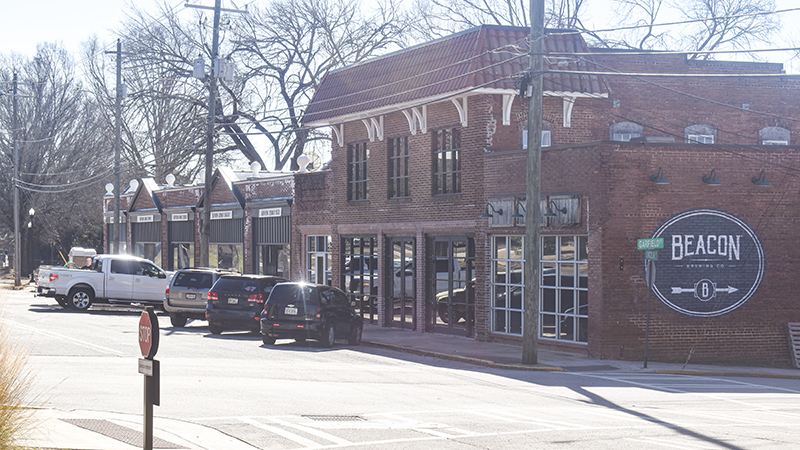 In the Hillside community, construction has been underway for the soon-to-be arrivals of Rock Salt Milk Bar, The Oink Joint, Old Towne Provisions, Home Thread Thriftique and more.

Nate Crawford, executive director of Dependable, Affordable, Sustainable Housing (DASH), said the exterior foundation of the building is completed and the business is starting its build-outs from the interior.

“We just started on Rock Salt Milk Bar. They should be completed in the next two months,” Crawford said. “Home Thread Thriftique will be opening on Feb. 3, and that’ll be their official grand opening.”

Crawford said the Oink Joint will be starting its build-out in approximately the next few weeks or months, as its permits were just submitted.

Crawford said Old Towne Provisions still has to get pricing for the construction build-out.

Crawford also said ideally the hope is for all the stores to be open in April.

Along with bringing new stores to Hillside, DASH is working on creating housing development in the area.

In Aug. 2022, DASH was approved for a $750,000 contribution for a Hillside housing project by the Troup County Commission. Crawford said they hope to break ground on the project in April.

“There will be a mixture of single-family homes, a couple of townhouses and then some garage apartments or accessory dwelling units,” Crawford said. “That should start in April and probably be completed in roughly January or April of 2024 — sometime around probably a year for construction.”

Right now, different names for the housing development are being thrown around, Crawford said.

“We’re thinking something maybe along the lines of Mill District,” Crawford said. “I think having district in our name would be really neat, and being the Mill District would give a homage to the historic mills that were located here.”

“Housing is needed here — it’s a topic of conversation that we address every day,” Crawford said. “Being able to provide additional housing units is tremendous but more than that, the mission of DASH is to recreate.”

Crawford said housing alone does not revitalize a neighborhood but creates a healthy amount of commercial space, and retail space, along with housing creates an ecosystem that can be sustainable for the community and those who work, live and frequent downtown LaGrange.

“There are lots of things going on, and we’re able to use some of the funding that we got from the city and the county toward the development to create an affordable unit,” Crawford said.

“We also have $4 million from the state of Georgia that we’ll be utilizing on Hillside as well to bring additional units of affordable housing. There’s a lot in the pipeline right now, and it takes time to get these things up and running.”